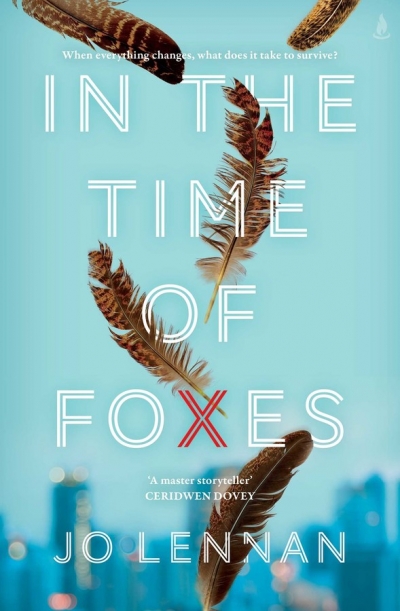 In the Time of Foxes

Wonderful is not a critical word, but that is where I begin. Now that I have made my peace with foxes, I am full of wonder for them. Doubly receptive to these stories, I am quickly seduced after the first few, in which foxes appear either substantially or marginally. There is much wonderment in these stories, though only one of them is what might strictly be called speculative. Throughout the collection, little hints and details loiter in plain sight but are also hidden from the characters, sometimes from us – a bit like foxes themselves. For example, in ‘Animal Behaviour’ there is a small bomb ticking quietly from the start in the form of just one word – ‘offenders’ – linking the protagonist to her rescue dog; its detonation as the story unfolds is a triumph of structural control.

The range of these stunning stories is global, universal: they are set in Tokyo, the Spanish coastline, Oxford, Hong Kong, London, Wollongong. The characters are also diverse: filmmakers, scientists, and students; actors, surfers, and escapees from cults. A journalist on Mars in ‘Day Zero’ takes the reader into unexpected territory in every way. The story is a sobering reminder of the fragility of life and relationships no matter what apparent conquests humans make in their universe. Similarly, in ‘Catch and Release’ a criminal lawyer experiences a frightening violation but is ultimately obliged to confront what he has in common with his drug-crazed assailant, rather than their differences.

That story, a tightly paced crime thriller, is also punctuated with a fox, one that pauses, observes, then moves away, choosing not to attack. ‘A world away in London, foxes carried out fox business.’ This is from the quietly compelling title story about cross-generational ties and family responsibilities, one I returned to several times; it is another reminder of our species’ vulnerability and our misguided assumption that we can control nature. Like the protagonist, Nina, I know I should not cheer the fox that survives in her suburban garden, but I do.

Raymond Carver famously said of writing stories, ‘No tricks’. Introducing a fox element could have been a trick, a mere gimmick, but the anticipation of the role of that subtle, liminal creature only gives the reader another layer to mine in these rich, clever, accomplished stories.

Debra Adelaide is the author or editor of more than a dozen books including The Household Guide to Dying (Picador, 2008), Letter to George Clooney (Picador, 2013) and Zebra (2019). She is also an associate professor in creative writing at the University of Technology Sydney. Her latest book is The Innocent Reader: Reflections on reading and writing (Picador, 2019)

In the Time of Foxes

Debra Adelaide is the author or editor of more than a dozen books including The Household Guide to Dying (Picador, 2008), Letter to George Clooney (Picador, 2013) and Zebra (2019). She is also an associate professor in creative writing at the University of Technology Sydney. Her latest book is The Innocent Reader: Reflections on reading and writing (Picador, 2019)