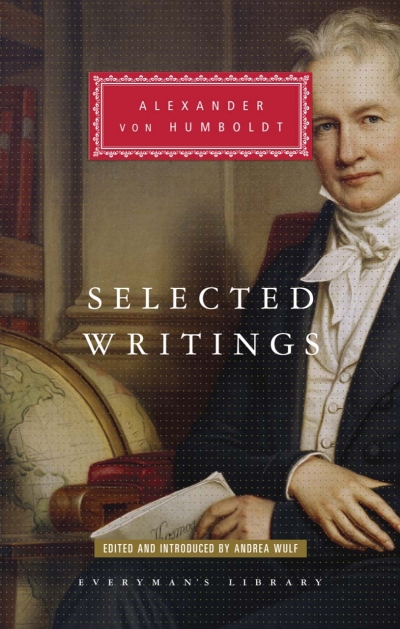 It can be revelatory to read the original words of a famous writer and thus meet them on the page. Alexander von Humboldt (1769–1859) has been so much quoted and written about that it might be rare even for his admirers to be exposed to his original prose at length and in context. It is a rewarding experience, especially when the writer cared so much for the ‘melody’ of his sentences. Humboldt was a scientist unembarrassed by lyricism and remarkable for his confluence of empiricism and emotion, science and poetry. Therefore, it is welcome to have this almost 800-page anthology of his six most popular and influential writings, published to mark the 250th anniversary of his birth, and edited and introduced by his biographer, Andrea Wulf.

Humboldt was described by contemporaries as the most famous man in the world after Napoleon. He was a spellbinding lecturer and an electric dinner companion; he so fizzed with ideas that he was ‘steaming like a pot full of boiling water’. Some said he was like a meteor that whizzed through the room. Humboldt became a guiding influence on Charles Darwin, a stimulus to Johann Wolfgang von Goethe, a hero of George Perkins Marsh, an inspiration to Henry David Thoreau, a foundation for Rachel Carson’s ecological vision, and a precursor of James Lovelock’s ‘Gaia’ (Humboldt’s book Cosmos was initially titled Gäia). He remains essential reading for anyone wishing to understand the unity of nature and the integration of science and the humanities. Instead of dividing animals and plants into taxonomic units, Humboldt studied nature as a global force and as ‘a living whole, not a dead aggregate’. His global perspective alerted him to the destructive power of humans on the environment, even on the climate.

The formative experience of Humboldt’s life was his five-year expedition to Latin America from 1799 to 1804. With his travel companion, French botanist Aimé Bonpland, Humboldt set out to experience the ‘grand, wild nature’ of ‘the torrid zone’. It was a daring and dangerous adventure: when exploring the Orinoco River, he was flung from his capsized boat into a stream full of crocodiles (but still managed to rescue his diary). When he happened upon a jaguar in the jungle, he recalled, ‘There are moments in life when it is useless to call upon reason. I was very scared.’ Thankfully for the future of world science, he did not run from the big cat but walked steadily to safety. They travelled 10,000 kilometres through rainforests and volcanic ranges, bringing home forty-five cases of specimens, including 60,000 plants. But Humboldt’s central purpose was to collect ideas rather than things. He carried an array of instruments from Europe with which he recorded and measured everything.