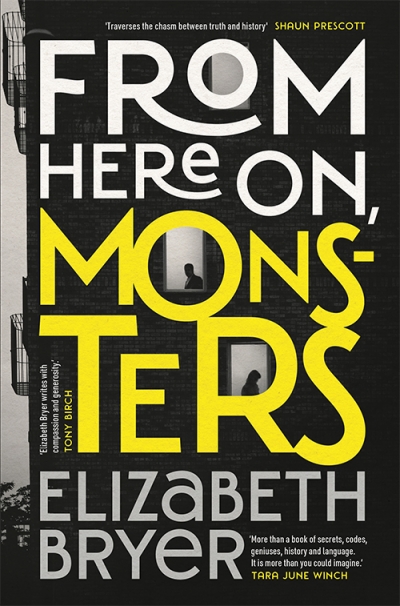 The most charismatic of the many monsters in Elizabeth Bryer’s début novel is the conceptual artist Maddison Worthington, who commands attention with her lipstick of ‘Mephistophelian red’ and her perfume of ‘white woods, musk and heliotrope’. From the solitude of a labyrinthine mansion, Worthington devises headline-grabbing installations, and performances that often incorporate hidden-camera footage of her audiences. Her ideas, though provocative, are largely stolen from her assistants or from little-known artists in developing countries. Worst of all, Worthington has accepted a lucrative – some would say Faustian – commission from the Department of Immigration for a project called ‘Excise Our Hearts’.

Far-fetched? Perhaps. Emma Cox’s excellent 2015 study, Performing Noncitizenship, shows that artistic responses to Australia’s post-2001 border regime have, almost by definition, been supportive of asylum seekers and critical of the government. The real question about this corpus of well-intentioned activist art, Cox suggest, is how effectively it advances the interests of asylum seekers. Does a given representation question the conceptual foundation of illegal non-citizenship in Australia, or does it accept the terms of debate and simply consolidate artists, and audiences’ visions of themselves as ethical Australians? To dismiss Worthington’s anti-asylum art project as improbable, then, misses the point. The policy reality in this area long ago passed into territory that exceeds novelistic imagination. For example, the notion that the entire Australian continent could be ‘excised’ from the migration zone for the purpose of boat arrivals might have seemed implausible until it became law in 2013.