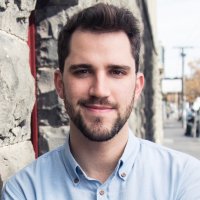 Billy Griffiths is a Melbourne-based writer and historian. He is the author of The China Breakthrough: Whitlam in the Middle Kingdom, 1971 (2012) and co-editor (with Mike Smith) of The Australian Archaeologist's Book of Quotations (2015). His latest book is Deep Time Dreaming: Uncovering Ancient Australia (2018, Black Inc.).

Billy Griffiths is a Melbourne-based writer and historian. He is the author of The China Breakthrough: Whitlam in the Middle Kingdom, 1971 (2012) and co-editor (with Mike Smith) of The Australian Archaeologist's Book of Quotations (2015). His latest book is Deep Time Dreaming: Uncovering Ancient Australia (2018, Black Inc.).