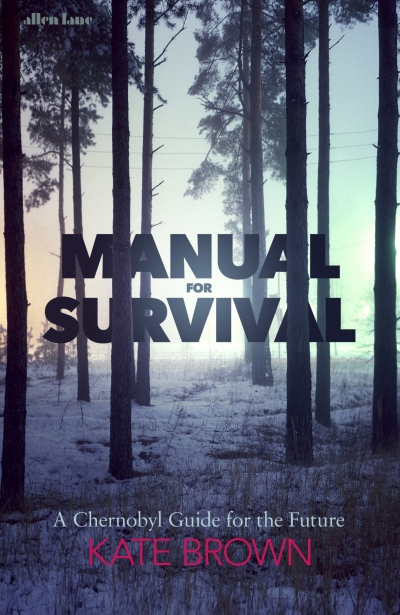 Manual for Survival: A Chernobyl Guide to the Future

This is a very disturbing book. It’s not just the Chernobyl story, but also Kate Brown’s broader story about the worldwide but inadequately studied impact on public health of lifetime exposure to ‘chronic doses of man-made radiation from medical procedures, nuclear reactors and their accidents, and atomic bombs and their fall-out’. But let’s take Chernobyl first.

Cover-up is a big part of the Chernobyl story. That is by now familiar, as far as the Soviet Union is concerned, from HBO’s Chernobyl television series (2019) and other sources. But Brown’s cover-up story is much more complicated. Certainly, Soviet authorities reflexively, though not entirely consistently, tried to cover up the scandal in their own backyard. The surprising thing is how apparently disinterested international and foreign experts connived or even sometimes took the lead in covering up. United Nations agencies take a beating in this book, though Brown is scrupulous in presenting their side of the story. The dismissive attitude of IAEA (International Atomic Energy Agency) to reports of Chernobyl damage might be understood, if not excused, in terms of its role as the UN’s nuclear lobby, with its ‘own institutional interest for the promotion of peaceful uses of nuclear energy’ and consequent incentive to play down Chernobyl effects. But the World Health Organization, with its ‘whistle-stop’ tour and disdain for local scientists and medical personnel ‘not well versed in radiation’, was no better. Consciously or unconsciously, a parade of foreign experts ‘suppressed and refuted evidence about the epidemic surrounding the smoking Chernobyl reactor’ because they didn’t trust the competence of local Soviet doctors and scientists who raised the alarm; because of a Western scientific consensus on the harmlessness of low-dose radiation (which, in contrast to the immediate impact of the accident, caused most of the long-term damage); and, Brown suggests, because the United States and other countries ‘had much larger radioactive skeletons in the closet from nuclear bomb tests’.

Manual for Survival: A Chernobyl Guide to the Future