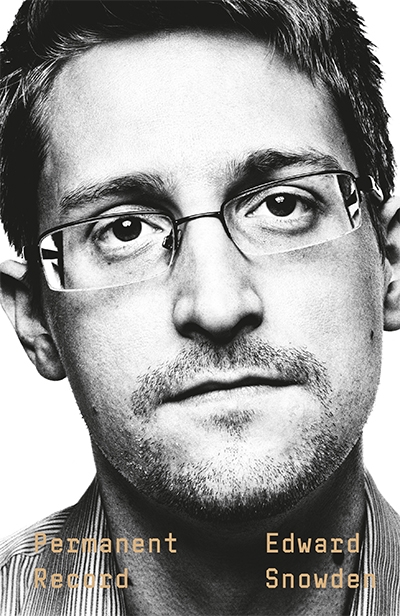 Edward Snowden was a model employee of the National Security Agency. After realising that the vast electronic surveillance organisation often failed to backup its advanced computerised systems properly, Snowden offered a solution. His bosses readily agreed to let him build and run a comprehensive backup system. He subsequently copied huge amounts of highly sensitive information, which he took with him when he left the NSA in 2013, aged twenty-nine, to become the most important whistleblower in intelligence agency history.

Snowden says in his memoir, Permanent Record, that he was motivated by the NSA’s decision to build the most extensive global mass surveillance system ever devised. Called STELLARWIND, its goal was to collect, analyse, and store all digital data from around the world. The bulk interception of Americans’ data broke US law, but the NSA still intercepts foreigners’ data globally.

Snowden said he released documents on a program called PRISM to show the public the extent of the illegality. PRISM enabled the NSA to routinely collect data from Microsoft, Yahoo!, Google, Facebook, Paltalk, YouTube, Skype, and Apple, including email, photos, video and audio chats, web-browsing content, search-engine queries, and all their cloud-storage data. The NSA also routinely captured data directly from the switches and routers that shunt the internet’s traffic worldwide. Signals intelligence agencies in the United Kingdom, Australia, and other partner countries cooperated with the NSA.

Snowden’s 2013 revelations forced the US agencies to adhere more closely to the Constitution’s protection of freedom of speech and freedom of the press. Because Australia lacks similar protections, its intelligence agencies are not subject to the same constraints that apply in the United States and many other countries.

To Snowden’s disappointment, no mainstream media journalist was present when the CIA’s Chief Technology Officer Gus Hunt warned at a media conference on technology in March 2013, ‘You should be asking the question of what are your rights and who owns your data.’ This issue underpinned Snowden’s concern about the Australian government’s law forcing communications companies to store all their customers’ phone and internet metadata (digital fingerprints) for two years. Around eighty agencies can access the data without a warrant. Snowden said this was the first time a ‘notionally’ democratic government had established this sort of ‘surveillance time machine’, which allows it to ‘technologically rewind the events of any person’s life going back months and even years’.

Snowden justified his decision to become a whistleblower by arguing that he had sworn an oath of service, not to an agency or government, but to the public in defence of the US Constitution ‘whose guarantee of civil liberties had been flagrantly violated’. He said the same agencies that had manipulated intelligence to create a pretext for a war in Iraq in 2003 – and used kidnapping, torture, and mass surveillance – didn’t hesitate for a moment to call him a Chinese double agent, a Russian triple agent, and worse: ‘a millennial’. Snowden also noted that shortly before he began disclosing key documents, the then NSA head James Clapper lied to Congress by denying that it collected any type of data on millions or hundreds of millions of Americans. Clapper escaped unscathed.

Snowden makes a distinction between governments leaking classified information and whistleblowers exposing wrongdoing. Snowden says unnamed senior government officials often leak classified information to journalists to ‘advance their own agenda and the efforts of their agency or party’. US intelligence officials even leaked a detailed account of a conference call in August 2013 between the Al-Qaeda leader Ayman al-Zawahiri and his global affiliates. Snowden suggests their motivation was to deflect attention from criticism of the mass surveillance program he had just disclosed. Although the leak alerted Al-Qaeda to change to a more secure communications system, no one was charged.

Likewise, tame journalists in Australia are often briefed by intelligence officials. The journalists simply assume the intelligence is accurate, heedless of the lesson of how the United States used phoney US intelligence about weapons of mass destruction to justify the disastrous 2003 invasion of Iraq. Despite a media campaign to protect press freedom, many journalists rarely test the boundaries. A low point came when the ABC boasted in January 2018 that it had received hundreds of classified cabinet documents but refused to report any of the contents in case this endangered public safety. Cabinet submissions never contain such material. However, behaving more like an East German state broadcaster than a public broadcaster, the ABC asked ASIO to come and remove all the documents.

Snowden worked directly for the CIA as well as being a contractor to it and the NSA. He rarely set foot in the contractors’ offices. Although this is not uncommon in the United States, Snowden became a systems engineer without even a community college degree. While his memoir is easily understood, no one should doubt that Snowden has complex technical skills. He says he created time to gather his whistleblowing material by writing programs that automated his formal work. He also used tiny storage devices to smuggle huge numbers of documents out of his workplace at the NSA in Hawai‘i. He then selected journalists he trusted to publicise this material, primarily in The Guardian, The Washington Post, Le Monde, and Der Spiegel, and used his own powerful encryption to protect the data he was sending them. He said it would take well over fifty million billion years to decipher: ‘By that time, I might even be paroled.’

Snowden saw a much wider role for encryption. While a person’s bodily presence can only be in one place at a time, he explains that multiple versions of their data wander the globe, where they are open to interception. He hoped that showing people how to encrypt their data would enable them to foil the surveillance state. However, in late 2018 Australia became the first country to introduce laws forcing tech companies to weaken their computer systems to give the government access to the unencrypted version of the data.

Snowden and Lindsay Mills, a blogger, acrobat, and photographer, have been together since 2009. Partly to protect her, he did not tell Mills about his plan to leave the NSA and go to Hong Kong to meet some of the journalists he was supplying with classified documents. His subsequent flight to Moscow had not been planned. Mills joined Snowden there in 2014. They married in 2017 and appear content living in rented apartments in that vibrant city. He earns an income from participating in virtual forums outside Russia. Snowden insists he didn’t take copies of any documents to Russia – its government could read the complete online archive.

Snowden can be proud that he curbed America’s mass surveillance system, which he calls ‘The ear that always hears, the eye that always sees, a memory that is sleepless and permanent’. The Australian government is building its own version, against growing opposition. 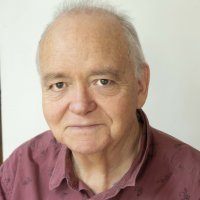