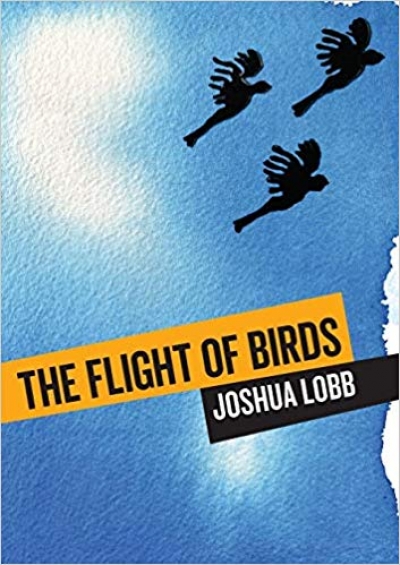 Humans cannot imagine avian perspectives, Joshua Lobb admits, but his stories explore what we might learn from the attempt. Some of Lobb’s strategies are familiar from much recent fiction with ecological themes, such as the use of an educated, intellectually curious narrator-protagonist whose wide reading provides a convenient means of introducing diverse facts and anecdotes about birds into lyrical, richly figurative prose. Others are more adventurous, including shifts in grammatical person and tense. Far from being gratuitous, they foreground substantive questions of intergenerational responsibility.

Across twelve interlinked stories, Lobb works through imperfect analogy and nuanced juxtaposition between human and non-human species to derive critical distance on human behaviours and socio-legal systems, and their impact on birds and our shared world. Meanwhile, a troubled family history is progressively (but only partially) revealed.

Readers may disagree as to whether the result amounts to ‘a novel’, and some of Lobb’s experiments deserved to be taken further, such as the projection of one of multiple possible futures for the protagonist’s daughter in ‘Aves Admittant’. Instead, the storytelling is brought up short by extensive ‘Field Notes’ – Lobb’s reflections on the research and writing process, which would be a valuable instructional model for graduate Creative Writing students, but which may test other readers’ patience, given that the stories themselves are already so self-reflexive and fragmented (this self-proclaimed ‘Novel in Twelve Stories’ includes one titled ‘Six Stories About Birds, With Seven Questions’). It is a testament to the depth and subtlety of Lobb’s showing that much of his telling feels expendable.

It does, however, clarify Lobb’s intention in calling Flight a novel: to connect its disparate elements, readers must practise the kind of provisional, pluralistic thinking Lobb proposes is needed to renovate our relations with other species – a challenge urgently topical given recent reports of declining bird populations globally, amid the broader climate crisis.