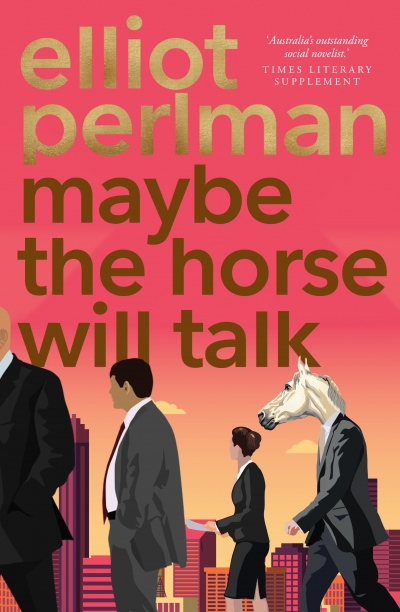 Elliot Perlman’s fourth novel is tentatively billed as a corporate satire and has a striking opening line: ‘I am absolutely terrified of losing a job I absolutely hate.’ The man in this all-too-familiar predicament is Stephen Maserov, a former English teacher turned lawyer. Maserov is a lowly second year in the Terry Gilliam-esque law firm Freely Savage Carter Blanche, which, apart from sounding like a character in a Tennessee Williams play, is home to loathsome dinosaurs in pinstripe suits and an HR department referred to as ‘The Stasi’.

Kicked out of home by his wife and concerned that he is about to become surplus to requirements at work, Maserov seizes a risky opportunity when Malcolm Torrent, CEO of a powerful construction company, visits Maserov’s feared boss, Mike Hamilton. Four women have lodged sexual harassment claims against Torrent Industries. When Hamilton dismisses the cases out of hand, Maserov accosts Torrent, promising to take the cases more seriously and to make them go away. All he needs is one year and secondment to his own office over at Torrent. The book’s title comes from the parable of a jester fallen from the King’s grace who buys himself some time by promising to make the King’s horse talk within a year.

The stage is thus set for the beleaguered, misguided underdog to peel away the layers of sexual harassment in the workplace and confront the #MeToo movement head-on, bringing the bad guys to justice and saving some damsels in distress, while learning a few lessons about women along the way. Tellingly, the cover illustration features a man in corporate attire with the head of a white steed. Never fear, subordinate women, your hero has arrived!