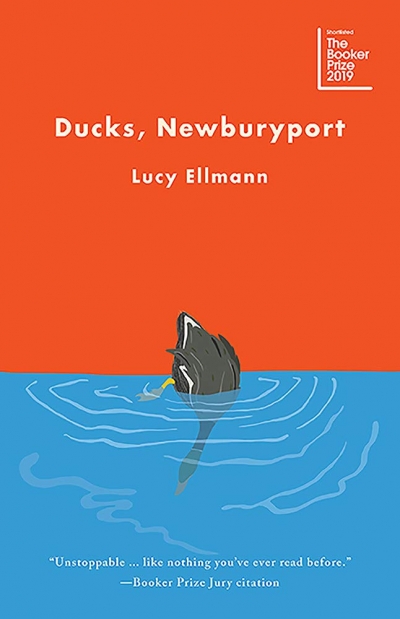 Its chief narrator is a well-educated American mother of four afflicted by sharp anxiety. Her concerns include: the existence of President Trump; repeated mass shootings; the threat of nuclear war or climate catastrophe; male violence; and precarious health care. Her inner life is expansive but oriented around a handful of personal wounds, many of which are recast in the parallel story of a hunted lioness in search of her babes. Leaving aside a memorable sexual encounter, the latter resembles a children’s fable, a similarity that is knowingly signalled when the narrator recalls ‘some Disney movie about an escaped lion that wonders around some town’.

The experience of reading Ducks, Newburyport will be familiar to those who relish or despise modernist fiction. The oscillation between excited interest and trying boredom over a lengthy spell is an acquired taste. The best way to approach it may be to dip in and out as the mood takes you, wandering slowly, perhaps skipping clumps of pages, traversing its territories in instinctive and idiosyncratic ways – much like the novel’s roaming lioness.

The primary narrative takes the shape of a long and stuttering suspended sentence. The following sample features one of its key obsessions:

This rhythmic and repetitive style is perfectly adapted to a mind that thinks ‘in spirals, dizzying spirals’, but it can also be grindingly dull. Ellmann registers this, through her narrator, with dry little doozies like: ‘the fact that Philip Glass can get a little repetitive’; ‘the fact that that Wagner Opera I went to was so long it nearly killed me’; or even, given the fact that ‘the fact that’ appears nearly twenty thousand times and the novel is heavily populated with QI-style facts: ‘the fact that I think there’s maybe too much emphasis on facts these days’.

We can add to these the observation that Ducks, Newburyport features the word ‘Mommy’ or a variant more than eight hundred times. The narrator comes from ‘a long line of mother-worshippers’, and the novel could reasonably be construed as an act of extended mother-worship, or mother-mourning, or mother-need. Approximately halfway through, we read ‘Mommy, ducks, Newburyport’ – which is, perhaps, the novel’s truer title, even if it dilutes the playful association with Sherwood Anderson’s Winesburg, Ohio (1919). If sentiments like ‘my mommy, Mommy, the fact that I want my mommy’ seem infantile at first glance, they make psychological sense by the end.

the fact that somebody said Trump’s raped thirteen-year-old girls, the fact that I wish he’d just quit it, I mean the presidency, but it would also be good if he quit raping little girls, ‘Malignant narcissist,’ the fact that there’s a picture of me sitting on Daddy’s lap when I was about eleven ... the fact that it must be about the last time I ever sat on his lap though, because he shied away from stuff like that once we hit puberty

What does this passage say about the narrator’s father, or her feelings about fathers and fatherhood, or men in general? Nothing obvious, but the sequence of thoughts keeps us alert, even when it sinks into a kind of mental Tourette’s: ‘Pol Pot, pot luck supper, pot au feu’.

Ellmann has fashioned a drenchingly topical contemporary document in a largely out-of-date (if not nostalgic) form. This combination produces a striking effect, not unlike viewing the present through the eyes of a modernist past. From this salvaged vantage point, we’re left with the strong impression that an unlikely president terrorised the psyche of early-twenty-first-century America. Ducks, Newburyport kicks back against that fate as much as it succumbs.

Compelling reminders that the inner world of a single person is immense and rich but largely concealed are always worthwhile. The narrator of Ducks notes that ‘there are seven and a half billion people in the world, so there must be seven and a half billion of these internal monologues going on’. Ellmann wields an important irony in this context, which serves to deepen the novel’s insight: the mind we inhabit for close to a thousand pages has no talent for inhabiting other minds, and she knows it: ‘the fact that maybe nobody understands anybody, if you think about it, the fact that even my own husband and children are complete mysteries to me, not strangers but mysteries, the fact that everybody’s a mystery to me’. Ellmann’s narrator is just one of several billion people whose vast interiors are constrained by the narrow range of their understanding. She is, in that most vital sense, an everywoman.