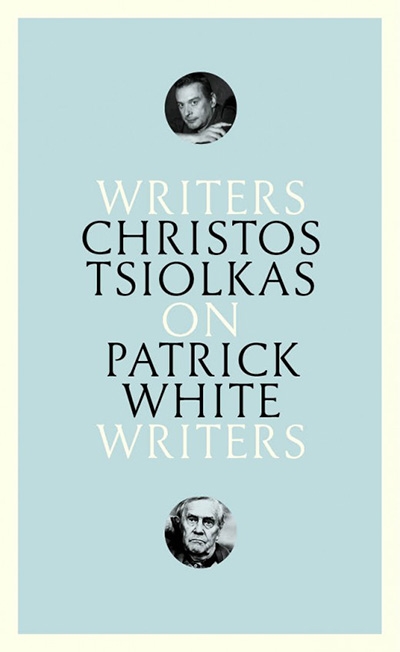 The Western world was well into the swing of our proverbial digital age when Patrick White passed away at his home on Martin Road in Centennial Park at the age of seventy-eight in 1990. Yet, as Christos Tsiolkas suggests at the outset of this taut and lively meditation on Australia’s greatest novelist, Patrick White is often perceived as a relic from a long- forgotten and irrelevant era, a twentieth-century dinosaur who, with his privileged background and famously curmudgeonly disposition, has little to offer today’s pluralistic, multicultural milieu. As Tsiolkas asks, ‘Isn’t White as white as his name?’ To some readers, there is something musty about White’s aura that ensures he is kept safely in the past.

There was a time when Tsiolkas himself was of this opinion – that White was just ‘another dead white male’. When the author of The Slap (2008) and Barracuda (2013) was a student in the 1980s, White was decidedly unfashionable on campuses that were exploding with ‘post-modern, anti-canonical, feminist and postcolonial criticism’. Yet the intervening years have shown that, to varying degrees, there is a place for White’s novels in all of these schools and others. A friend recently completed a doctoral thesis on queerness and sexuality in White’s work, with a chapter on The Twyborn Affair (1979) titled ‘Is Prowse’s Rectum a Grave?’ The progressive and colourful enclaves of theory are ripe to give White a new lease of life in the twenty-first century.

On Patrick White also does this. This splendid latest instalment in Black Inc.’s Writers on Writers series is an innovative critical reappraisal of White with a special emphasis on his partner Manoly Lascaris, a moving tribute to White’s devastating skill with language, and an enlightening insight into the nature of literary influence.

Having acknowledged his lack of familiarity with White’s books beyond a few dalliances as a student, Tsiolkas took on the task of reading throughout 2016 the entirety of White’s oeuvre. Having done so, he concluded that White wrote three of the twentieth century’s greatest novels: The Tree of Man (1955), The Solid Mandala (1966), and The Eye of the Storm (1973), and his analysis of each of these is heartfelt, poetic, and occasionally awestruck.