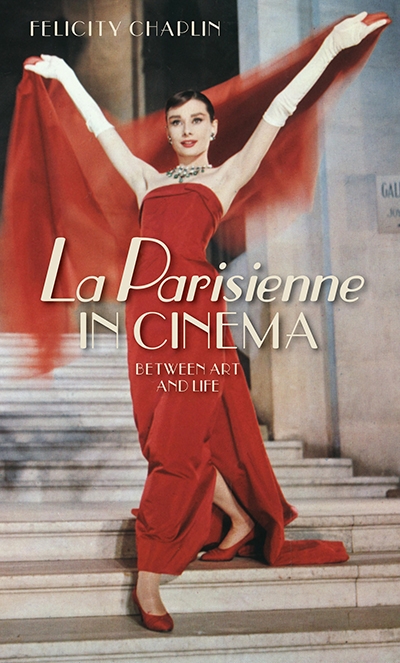 'La Parisienne' in Cinema: Between art and life

On the cover of Felicity Chaplin’s La Parisienne in Cinema: Between art and life, Audrey Hepburn, arms aloft, reigns triumphant in a strapless scarlet evening gown and organza shawl. This is a scene from Funny Face (1957), in which she plays a shy Greenwich Village bookshop employee transformed into a high-profile fashion model.

At first glance, this image might seem a surprising cover choice. Is Hepburn – a British citizen, born in Brussels, brought up in Belgium, England, and the Netherlands before becoming a Hollywood star – an emblematic Parisienne? In Chaplin’s terms, yes, without a doubt: as the author makes abundantly clear, the subject of her study is a figure with fluid, contradictory, evolving qualities. She is not defined by her origins. Some of the most representative examples of ‘la Parisienne’ she cites are, like Hepburn, from elsewhere: Ingrid Bergman, Anna Karina, Jean Seberg, and Nicole Kidman, for example. The films do not have to be set in Paris: characters carry their ‘Parisienne’ qualities with them. These works can be made by French directors; they can be the product of the Hollywood imagination; they can represent a cross-cultural combination.

'La Parisienne' in Cinema: Between art and life