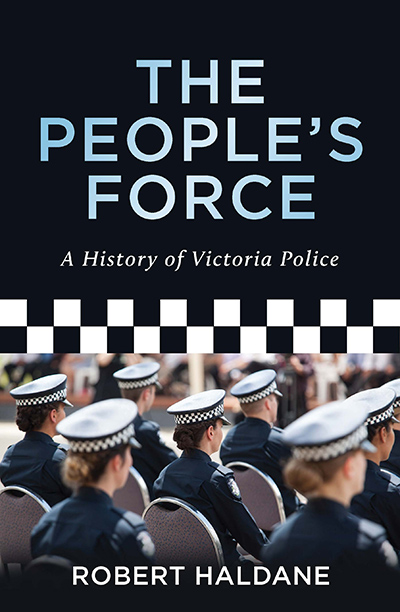 Dear Editor,
John Arnold’s review of The People’s Force: A history of Victoria Police by Robert Haldane (ABR, May 2018) is an admirable appraisal of the work, which covers a colourful and important contribution to the state’s history. Arnold is, however, wrong to suggest that Christine Nixon was the most high-profile Commissioner to be appointed. That accolade surely belongs to Major-General Thomas Blamey, who assumed the position in 1925, eighteen months after the Police Strike that resulted in the dismissal of 636 members of the force. Despite his badge being found in a Fitzroy brothel, despite his abrogation of laws protecting the right to protest, despite his giving false evidence to a Royal Commission that ended in his forced resignation, Blamey became Australia’s wartime military leader and our only Field Marshal (let’s not count the duke of Edinburgh). I think he tops the estimable Christine Nixon.

Dear Editor,
Richard J. Martin’s review of my book ‘Against Native Title’: Conflict and creativity in outback Australia and Katie Glaskin’s Crosscurrents: Law and society in a native title claim to land and sea overlooks some vital aspects of the relationship between anthropology and native title (ABR, May 2018). Martin is a highly experienced native title anthropologist; it is understandable that he would wish to defend the institution of native title and foreground its benefits (which I take care to also acknowledge). However, in declaring his preference for Glaskin’s account, Martin fails to recognise the very different colonial histories, styles of anthropology, and genres of writing represented by these two books. 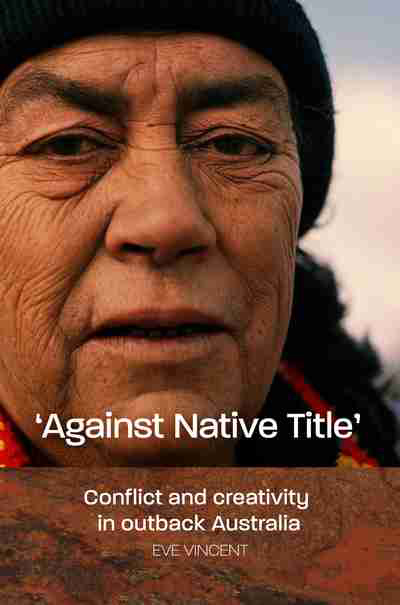 Glaskin insightfully reports on her work as an expert witness forensic anthropologist: her book emerges from research with claimants on a successful case. My work was undertaken in the midst of disorienting local identity contests, set in train by native title’s codified terms of recognition: I worked from the outside, with people who had come to distance themselves from a process that had hurt them. Martin could have summoned a more perceptive comparative reading, acknowledging the ways in which the vagaries and ahistoricity of the native title regime are enacted in the very trajectories of these two different cases.

I sought to account for a cynicism about native title in the place where I worked that was real. This is the messy, contradictory stuff of grounded politics, of minor realities that might challenge liberal attachments to notions of progress and the national good, but which the fieldworker has a responsibility to take seriously, document, and try to understand. I also describe the renewed and inventive relations some Aboriginal people have forged with Country and with ‘greenies’. Martin mistakes my portrait of a complex empirical reality for ‘utopian’ critique.

There was a time where anthropologists assumed the role of omniscient narrator, authoritatively explaining Aboriginal cultural difference to non-Aboriginal readers. But in the shadow of native title’s emphasis on Indigenous otherness, I am one of many pursuing a new kind of anthropology that grapples instead with the relationships – colonial, state, and other – that shape the Indigenous present. Further, more collaborative and responsive modes of engagement with Indigenous analysis demand new ways of writing, which open up the space for reflection, for uncertainty, and, ultimately, for ethical commitments. 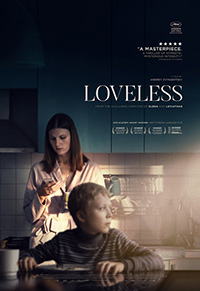 Dear Editor,
Anwen Crawford gives this superb and uplifting Russian film four stars, then proceeds to misunderstand it, using words like ‘cold’ and ‘despairing’. It is true that the film’s premise, a missing child, is harrowing, and the outcome overwhelmingly tragic. Her implied judgement that the parents more or less had it coming to them, given their selfish obsession with new partners, is also understandable, but it has led her to miss the most important dimensions of the film. The ‘futile’ (her word) generosity of the group of volunteer searchers – ordinary citizens with no incentive other than their instinctive obligation to society – who spend freezing nights in frightening and sordid places trying to find an unknown boy whose own parents hardly cared about him, is, on the contrary, a miracle not only of dogged heroism, but of a sense of the collective which has profound roots in Russian spirituality. No, the boy’s life was not saved; but it is a double tragedy when a critic is blinded to a film’s rugged humanitarianism because she sees only a lack of ‘civic accountability’.