Next month ABR Editor Peter Rose and Development Consultant Christopher Menz will lead the third ABR international cultural tour with Academy Travel. This booked out German tour will include visits to Munich, Berlin, and Bayreuth.

Tickets are now available for the fourth tour, a return to the United States. Join a like-minded group on a twelve-day tour that explores literature, art and architecture, theatre and music in three of America’s greatest cities: Los Angeles, San Francisco, and Chicago. All three cities have magnificent art collections, great music and theatre offerings, splendid architecture, and strong literary traditions. The tour will experience selected cultural highlights in each city. Australian Book Review will also hold a special literary/cultural event.

Details are available from Academy Travel and the ABR Tours page. 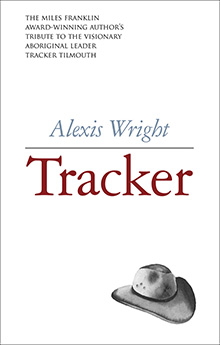 Alexis Wright’s collective biography of Tracker Tilmouth, Tracker (Giramondo), reviewed by Michael Winkler in our January–February issue, has won the $50,000 2018 Stella Prize. In his review Winkler wrote, ‘Wright takes a polyphonic approach to profiling her quixotic subject. The lead voice belongs to Tilmouth, but she augments and counterpoints his words through interviews with more than fifty informants, in often pungent vernacular. The voices overlap, re-embroider, and articulate different perspectives,’ describing Tracker as ‘a book performed by a folk ensemble rather than a solo virtuoso, [which adds to Wright’s] enduring non-fiction oeuvre.’ The other titles shortlisted this year were The Enlightenment of the Greengage Tree by Shokoofeh Azar, Terra Nullius by Claire G. Coleman, The Life to Come by Michelle de Kretser, An Uncertain Grace by Krissy Kneen, and The Fish Girl by Mirandi Riwoe.

When entries closed for the 2018 ABR Elizabeth Jolley Short Story Prize, we had received about 1,170 stories, from thirty-five countries. Judging is underway, and we look forward to publishing the three shortlisted stories in our August issue, ahead of the Jolley Prize ceremony later that month. Can’t wait to read the shortlist? Visit our Fiction page to read stories by past winners and other great short fiction.

Novelist, essayist, and short story writer Beverley Farmer died on April 16 at the age of seventy-seven.

Farmer’s first novel, Alone, was released in 1980. Her second book, Milk (1983), won the Christina Stead Prize for Fiction in 1984 as part of the New South Wales Premier’s Literary Awards and her third novel, The House in the Light (1995), was shortlisted for the 1996 Miles Franklin Award. In 2009 she received the Patrick White Award, an annual prize established in 1974 to honour a writer who has been ‘highly creative over a long period but has not necessarily received adequate recognition’. 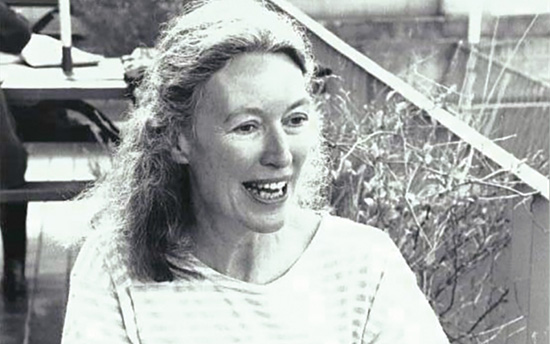 This Water: Five tales (Giramondo), longlisted for the 2018 Stella Prize, was announced at the time of publication as Farmer’s last work. In her review in ABR’s June–July 2017 issue, Anna MacDonald wrote, ‘Farmer’s prose is virtuosic, she is a stylist unlike any other living Australian writer, and it is difficult to read this last work without a haunting sense of loss.’

Melbourne Jewish Book Week will present its first full program between 3 and 9 May with ABR contributor and inaugural Calibre Essay Prize winner Elisabeth Holdsworth appearing at an event on Sunday May 6 at 1.45 pm at the St Kilda Town Hall. ‘The Jewniverse’ will explore ideas raised in Holdsworth’s ABR RAFT Fellowship Essay ‘If This is A Jew’ (November 2017). Moderated by Rebecca Wartell, the event will look at the current Jewish landscape and where things might be heading in a discussion between Holdsworth, historian Paul Forgasz, and Rabbi James Kennard. Visit the MJBW website for more information about this event and to see their full program.

In addition to a wide range of reviews, commentaries, and articles, we will invite some leading film critics and professionals to nominate their favourite film in the June-July Film and Television issue of ABR. To complement this feature, we want to hear from readers about their favourite film, director, and actor. There are some fantastic prizes for completing the survey, including a one-year Palace VIP Card, thanks to Palace Cinemas, and a pack of ten DVDs from Madman Entertainment. You have until 21 May to vote.

Predictably, the winners of this year’s Pulitzer Prizes included the authors of exposés on sexual predators in Hollywood, multifarious scandals in US politics, and the plight of refugees worldwide. Less predictable was the Prize for Music which was won by US hip hop artist Kendrick Lamar for his 2017 album DAMN., described by Pulitzer as ‘a virtuosic song collection unified by its vernacular authenticity and rhythmic dynamism that offers affecting vignettes capturing the complexity of modern African-American life’. Lamar is the first non-classical or jazz artist to win the prize, beating Michael Gilbertson’s Quartet and Ted Hearne’s Sound from the Bench. The decision to award the Pulitzer to the thirty-year old rapper has been received well so far, unlike the controversy which greeted Bob Dylan’s unexpected 2016 Nobel Prize for Literature. But as James Ley writes in his review of Why Dylan Matters by Richard F. Thomas in this issue, ‘… those who disapproved of the decision seemed unable or unwilling to disentangle the question of whether or not he deserved the award from the question of whether or not it was appropriate to bestow it upon someone like him … someone whose work falls outside a traditional definition of "literature", someone with the temerity to have succeeded in a popular medium that has allowed his work to reach millions of people and exert a huge cultural influence.’ It’s hard to ignore the insightfulness of certain lines in Lamar’s repertoire which include: ‘Hail Mary, Jesus and Joseph / The great American flag is wrapped in drag with explosives / Compulsive disorder, sons and daughters / Barricaded blocks and borders / Look what you taught us!’ (‘XXX’) as the US, and indeed the world, teeters on the brink of a Trump-shaped abyss. 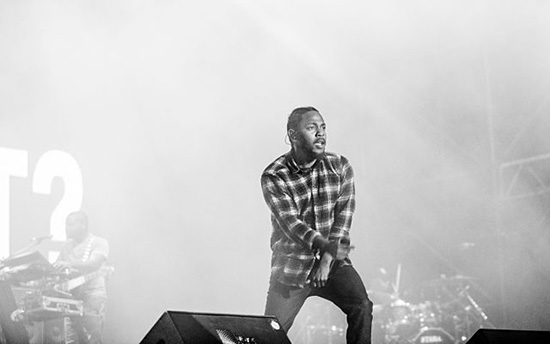 While the last vestiges of warm weather cling on for a few weeks more than usual, now’s your chance to pick up a high quality black cotton ABR t-shirt, available in various sizes for men and women for just $25 plus postage and handling. And do you need something to carry your books (and copies of ABR) in? You can also now purchase a stylish ABR tote bag. Visit our Merchandise page for more information.