Recent years have seen the literary novel begin to mutate, its boundaries and subject matter evolving in new and sometimes surprising directions as it attempts to accommodate the increasing weirdness of the world we inhabit.

In her own, sometimes subterranean way, Jennifer Mills has been one of the architects of this process in Australian writing. Having begun her career with the beautifully constructed but relatively conventional The Diamond Anchor (2009), her work has rapidly grown spikier and less easy to categorise, gathering in elements of the surreal and the science fictional as its ambition has increased.

The early stages of this transformation were visible in Mills’s justly lauded 2013 collection of stories, The Rest Is Weight, as well as in more recent short fiction published in the late, lamented Review of Australian Fiction and elsewhere. Mills’s new novel, Dyschronia, sees her leave behind the niceties of literary realism altogether, venturing instead into the unsettled – and unsettling – hinterland of the fantastic.

Set in the fictional South Australian town of Clapstone, the novel centres on Sam, a young woman afflicted with a disturbed awareness of time. Mostly manifesting itself in the context of crippling migraines accompanied by powerful aura-like effects, Sam’s condition is less prescience or augury than what one of the many doctors her mother, Ivy, consults in search of a diagnosis dubs ‘dyschronia’, a psychic disturbance in which Sam experiences or inhabits several time-frames simultaneously.

Initially, these visions are more disturbing to others than they are to Sam. As she grows older this changes. Sam first becomes aware of the way her altered awareness isolates her from those around her; then, as the visions slowly become less frequent, she is haunted by their absence.

Perhaps not surprisingly, Sam’s visions are also of interest to the other inhabitants of Clapstone, especially when she predicts a series of suicides. But when the plausible and charming Ed appears in town and learns of her abilities, he sees other possibilities as well. Although he is careful to keep the details of his past vague, Ed claims to have worked in finance in London, followed by a stint consulting in Hong Kong. His reasons for being in Clapstone are never fully clear – at one point, he laughs it off as a midlife crisis – but he has big plans for the place, plans that rely upon Sam’s ability to predict the future.

For the town’s inhabitants, Ed’s plans are a lifeline. Clapstone has always been a marginal place, its history shaped by a succession of failed attempts to reshape and harness the land. Ruined first by agriculture, Clapstone in recent times has been blighted by the construction and subsequent closure of an asphalt refinery just outside the town, an enterprise that affected the health of the locals but at least offered work.

The novel’s portrait of Clapstone’s breakdown is powerfully and evocatively drawn. Mills has a keen eye for the particularity of the landscape. While her sympathy for the inhabitants of Clapstone is genuine, a deep vein of anger runs through the novel, giving real power to its insistence we recognise the degree to which the ruination of the landscape – and indeed the larger silences that lie behind it – are simply manifestations of the colonial project and capitalism. Importantly, though, the effects of these processes are juxtaposed with the cycles of the natural world, in particular the annual migration of the giant cuttlefish that breed in the area each winter.

At first, the townsfolk are only dimly aware of the existence of the cuttlefish, but as Ed’s plans and Sam’s visions begin to converge, their presence – and later, absence – becomes more significant. 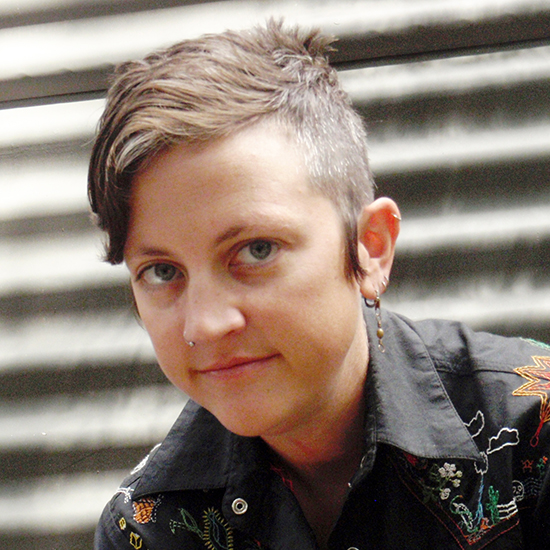 The alien otherness of the cuttlefish glides through the fabric of Dyschronia, echoing not just the strangeness of Sam’s condition, but the way its flashes of ‘migrainous light’ are also intimations of something deeper, ‘leucophores, iridophores, chromataphores, swimming backward through the dark. Cellular interference, strange signals, like a language lost to the rest of her species ... in the ocean beneath, there are other, less articulate desires ... flickering things, dimly lit from within.’

Dyschronia’s cuttlefish resonate intriguingly with two significant Australian novels published in 2017, Krissy Kneen’s An Uncertain Grace and Jane Rawson’s From the Wreck, both of which drew in similar ways upon the tropes of the weirder end of science fiction. Some of these resonances are superficial: Rawson’s novel also features cephalopods, albeit extraterrestrial, dimension-hopping cephalopods, while Kneen’s is suffused with the presence of jellyfish, as well as various forms of virtuality and artificial intelligence. But these surface similarities disguise a closer congruence of concern. These non-human presences help shift the perspectives of the novels in fascinating and suggestive ways by forcing us to grapple with both the existence of other, non-human perspectives and, just as importantly, other temporalities.

With quietly devastating elegance, Dyschronia reminds us that time and place are really two sides of the same coin: as Sam realises midway through the novel, her disorder is really ‘a product of geography, a disease of place. She’s only ever lived here, seen this place’s futures. Dyschronia springs from a crack in its earth.’ But its vision of a world transformed by human activity also allows us to grasp the degree to which the ecological crisis that surrounds us deranges our notions of scale, collapsing geological and human time in unpredictable and often terrifying ways. That it manages to do this while still making space for the hope and possibility embedded in its final pages is a measure of the achievement of this intellectually rich and stylistically thrilling novel. 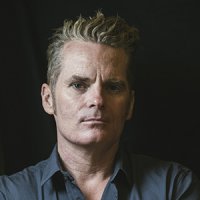 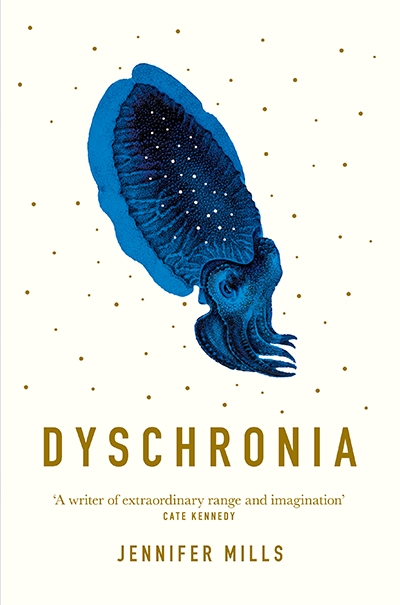