To complement our 2017 ‘Books of the Year’, we invited several senior publishers to nominate their favourite books – all published by other companies. 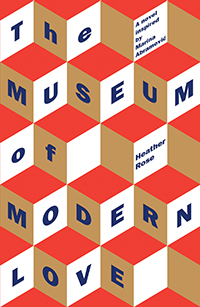 Two Australian novels have stayed with me through 2017: Heather Rose’s The Museum of Modern Love (Allen & Unwin, reviewed in ABR, 1/17) was brilliant in every way. Challenging and engrossing, it reminded me that it takes courage to live well. Rose is such a keen observer of human nature in all its tortured forms. It also featured Sandy Cull’s gorgeous design work on the cover, so anything within had to be worth reading. Kim Scott’s Taboo (Picador, 8/17) asks the questions that many of us are asking ourselves. How do we make a shared future out of a fractured past? He reminds us that the power of Indigenous storytelling transcends time, race, and politics. They were the first storytellers, and we still have so much to learn from them.

Madonna Duffy is Publishing Director at the University of Queensland Press.

Philippe Paquet’s monumental biography of the sinologist Pierre Ryckmans is entitled Simon Leys: Navigator between worlds (La Trobe University Press/Black Inc.). Superbly translated by Julie Rose, this book explores an extraordinary life. Ryckmans was born in Belgium, where he trained in art history but wanted to become a painter. He first went to China when he was nineteen. Later, he became a scathing critic of Mao and Maoism, writing under the nom de plume Simon Leys, before landing up in Australia where he raised his family, and wrote his unclassifiable masterpiece The Death of Napoleon, along with the masterful essays that were collected in The Hall of Uselessness. 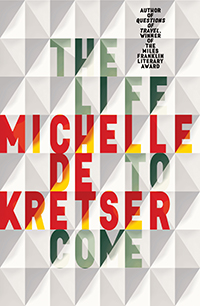 Michelle de Kretser’s The Life to Come (Allen & Unwin, 10/17) is a quietly brilliant piece of work that left me rather sad at the end, but happily so. The hopeful and abiding love of Bunty and Christabel will long stay with me. The intent of the novel is clear from Part I, The Fictive Self. We all tell ourselves stories and ignore or reinterpret what is too hard to digest. Confronting, cutting, moving, and funny in equal parts. Long may this storyteller continue to absorb fact into her fiction. 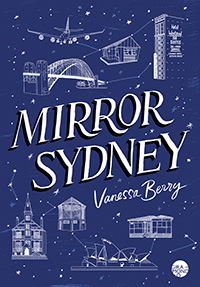 I was hopeful that Dennis Glover’s The Last Man in Europe (Black Inc.) would be free of the ‘clunky philosophical dialogue that made the protagonists sound like Marxist gramophones’, a criticism Glover has Orwell direct at another writer. I hoped too that Glover’s prose might hold its own alongside one of the century’s greatest writers. It exceeded my hopes on both counts. I can’t read or publish enough about Sydney it seems. Vanessa Berry’s Mirror Sydney (Giramondo, 1/18) was a joy. It made me want to set off to find the Wrigleys factory in Hornsby, such is its power to make the marginal and the lost seem much less so. 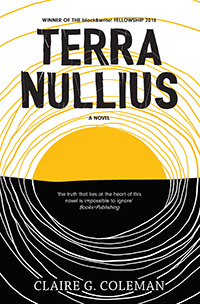 For me this year, Stuart Kells’s The Library: A catalogue of wonders (Text Publishing, 12/17) is an easy choice for any bibliophile. On a vivid tour of the world’s great libraries, both real and imagined, Kells is a magnificent guide to the abundant treasures he sets out. In fiction, Terra Nullius by Claire G. Coleman (Hachette, 12/17) is a powerful and skilful novel – I could mention speculative fiction, but it transcends that tag. It offers a vision of Australia’s future and past whose twist, quite as intended, took me completely by surprise.

Mathilda Imlah is the Picador Publisher. 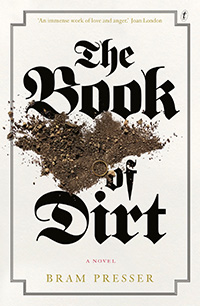 Increasingly, international publishers are the the first to publish books by Australian writers. As the wealth of local talent grows, it is probably inevitable that some authors will bob up elsewhere. Peter Barry’s The Walk (New Internationalist), a delicious satire, tells the story of a charity worker who brings Mujtabaa, a young Ethiopian man, to London and has him walk from Heathrow to Trafalgar Square to raise funds for famine relief. The hilarious McDonald’s scene is worth the price of admission alone. I found Bram Presser’s The Book of Dirt (Text Publishing, 11/17) impossible to forget. Penetrating, soulful, and surprisingly welcoming, it reminded me of my own ancestors and how easy it is to sidestep the past. 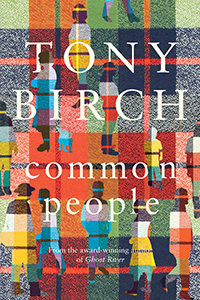 It is unusual to read a short story and feel the kind of satisfaction that comes with finishing a great novel. I felt this about each one of Tony Birch’s stories in Common People (UQP, 9/17). In this collection, Birch reveals himself as a master of the short story. He draws you in from the first paragraph and leaves you both satisfied and with cause for reflection. The stories are surprising and diverse, and Birch’s sense of humanity pulls you in. I loved the grittiness, the dark humour, and quiet celebration of human resilience. 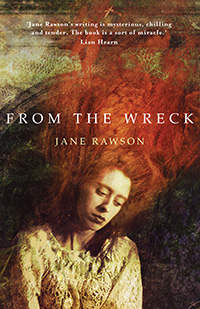 Jane Rawson is one of our most gifted and unpredictable – and under-appreciated – writers. I really enjoyed her fourth novel, From the Wreck (Transit Lounge, 4/17), a densely poetic, imaginary tour de force that combines seemingly familiar scenes and characters – an historical shipwreck – with surreal and speculative leaps of fancy. Overseas, Sing, Unburied, Sing (Scribner) by Jesmyn Ward is a spare and searing portrait of just a few of the countless faultlines at the heart of American society. A dysfunctional family drama and modern road novel in one, it is painful, shocking, and illuminating reading, but you dare not turn away. 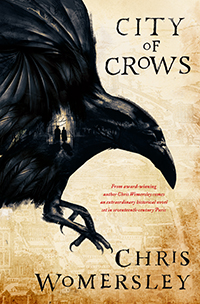 The one that got away! This year I devoured Chris Womersley’s rich and gothic City of Crows (Picador, 10/17). With each very different novel Womersley exposes the wanton sides of human nature, and looks for beauty. This dark, visceral book is a brilliant piece of historical fiction. Rural France and Paris, scenes familiar to us from centuries of fiction, are drawn here in many layers. I particularly enjoyed wallowing in the blood and magic of the underground rooms and clusters of trees where most writers do not linger. Charlotte’s quest to save herself and Nicolas stretched the imagination of this reader in the most enjoyable ways. 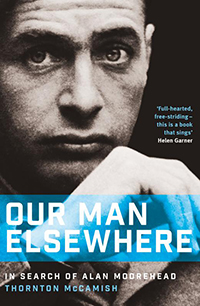 Two portraits of writers provided excellent reading this year. Thornton McCamish’s Our Man Elsewhere: In search of Alan Moorehead (Black Inc., 9/16), an ‘in the footsteps’ narrative, returns a legendary war correspondent to public view, revealing an author whose wit and self-deprecation make him an ideal companion on the discovery journey. Helen Garner’s writing has influenced my teaching and thinking about style like no other. In A Writing Life: Helen Garner and her work (Text, 5/17), Bernadette Brennan offered fresh perspectives with her thorough, immensely readable portrait of one of Australia’s finest authors.