Dear Editor,
Your editorial on the issue of marriage equality in the December 2017 edition of ABR was a superb contribution. It reminded me of the worthiness of the expression of measured, deliberate, and forcibly expressed anger when it is appropriate.

I disagree, though, with your linkage of same-sex marriage and euthanasia, citing majority support for both. Marriage equality got the nod because it was just, not simply because it had majority support. Arguably, capital punishment for major crimes would enjoy majority support here too. Euthanasia is a vexed and misunderstood issue that prevails in the public mind on the basis of multiple misconceptions about the realities of its implementation and alleged need. There are still few countries in the world where it can be easily accessed. That alone raises alarm bells. What are the odds that Australia, notoriously backward on so many points, should suddenly be at the forefront of progressive thinking on this particular issue? 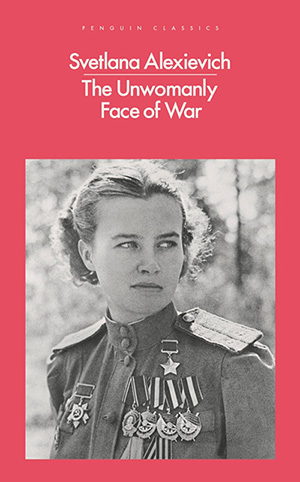 Dear Editor,
Having been reduced to skim-reading to get through the 470 pages of transcribed recorded interviews that make up Svetlana Alexievich’s Secondhand Time, I was eager to read Miriam Cosic’s review of The Unwomanly Face of War (ABR, November 2017) to get a professional critic’s explanation for the Nobel Prize in Literature, to which, as she reports, ‘the response in the Anglophone world was general bewilderment’. Instead, Cosic refers to the familiar shortcomings – ‘barely edited’... ‘without imposing narrative or explanation. Even biographical information is scant’... Cosic does suggest there might be an explanation for awarding the Nobel to a ‘kind of a journalist, kind of a social historian’ – the first in non-fiction, she might have pointed out, since Winston Churchill in 1953: ‘The response in Russia was the opposite: intense, personal, targeted. Alexievich wasn’t a real writer, detractors said; she had only won the Nobel because the West loves critics of Putin.’ If she wasn’t so hostile to Putin’s Russia, Cosic would have followed this up. Alexievich has no popular following in Russia. By contrast, previous Russian winners of the Nobel – Bunin, Pasternak, Solzhenitsyn, Sholokhov – are still household names. Alexievich is regarded as an ethnic Ukrainian with Belarusian citizenship writing in the Russian language, her output consisting mainly of poorly disguised political polemics.