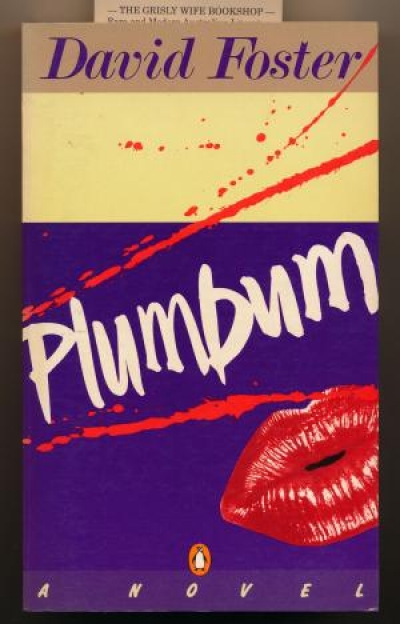 After the zany energy and comic extravagance of Moonlite, the first part of David Foster’s new novel, Plumbum, is curiously sober and the comic vision subdued. In Canberra, which his characters generally regard as preposterous, The Last Great Heavy Metal Rock Band of the Western World is born, but its birth is protracted and the narrative pace is leisurely, sometimes dangerously slow. The reader is lulled, apart from the faint, nervous suspicion that the narrative might suddenly accelerate and take off. And it does, at lunatic speed in the second half of the novel, where Foster is at his fabulous best, absurdist and zany comic.

Foster delights in shattering the preconceptions he has carefully nurtured during the slow, measured run-up to the second part of the novel. A gig at the Canberra RSL today; tomorrow the world. Muddle and struggle today, tomorrow dizzying heights of fame and wealth. Five disparate mundane beings today, tomorrow subsumed into one fabulous rock band identity, rocking to the rhythms of success. Instead his characters soar to pinnacles of comic chaos, ever on the verge of disintegrating, playing the rhythms of chaos in the streets of Bangkok and amid the squalor and ferment of Calcutta. From Canberra to Sydney, from there to Bangkok and Calcutta, and on to Utrecht, the band is ever ready to fall apart under the pressure of a series of accidents, random events, and the vicissitudes of their own contrary impulses.

In Bangkok, they are saved by Nick, who arrives appropriately in a prime mover to save them from imminent disaster. Nick is an ambiguous figure, part incarnate deity, part manipulating agent, ready to launch the newly christened band, Plumbum. But, in Calcutta, where he leads and abandons them, the chaos catches up with the fugitives. All of them are engaged in a nightmarish struggle for survival in the bizarre world of Calcutta. Felix (drums) works a rickshaw, running through the streets to finance his snake-bite habit, high on cobra venom. Rollo (keyboards) tries to negotiate with Calcutta by means of capitalistic enterprise, black-marketeer in postage stamps, ivory, heart-starter tonics, etc. Pete (bass), with Jain haircut, opens a medical clinic to minister absurdly to the destitute of Calcutta. Sharon (vocals) enters a Kali trance and is lured into the Ananda Marga sect. Jason (lead guitar) becomes a blind visionary, a rock band Tiresias, rapt in the squalor and phantasmagoria of Calcutta. All are adrift and destitute in Calcutta, periodically meeting to debate the future of India, then wandering off again to listen for ‘the click track’, the fundamental rhythm that pervades reality.

Throughout Plumbum, the narrative is episodic and disjunctive, with smatterings of random dialogue, random events, bizarre happenings. The Calcutta sequences are the most fragmented, as Foster’s comic energy accelerates from one scene to another, capturing the disintegration of the band. With Nick’s return to save Plumbum again, the band is catapulted up to fabulous success and wealth, in scenes of lunatic excess in Utrecht. If the first half of the novel seems disappointingly slow and loose, the second half is taut, ebullient, its energy unflagging, and much of its impact depends upon that slow, measured run-up. The vibrations of the novel, the rise and fall and the beat of chaos, pitch ever upward, ever faster through the rhythms of Foster’s inventiveness.