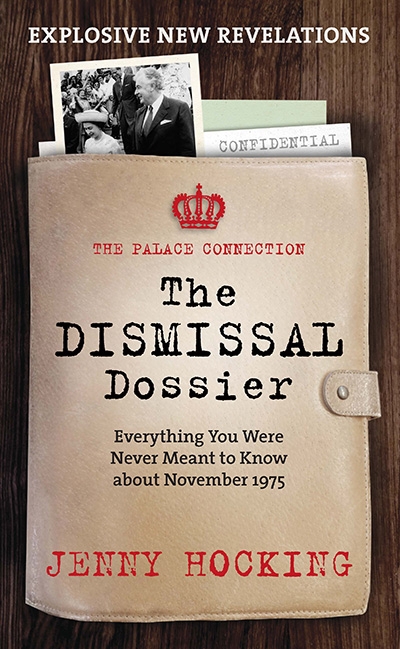 The Dismissal Dossier: Everything you were never meant to know about November 1975

Paul Keating claims that he wanted to arrest John Kerr. There were perhaps two points at which Kerr might justly have been taken into custody. There was the critical moment just after he handed Gough Whitlam the letter sacking him. Margaret Whitlam wondered why her husband had not simply slapped Kerr across the face ‘and told him to pull himself together’. But if you are one of the dwindling band that agrees with Garfield Barwick that ‘Sir John did his duty’, you presumably also support Kerr’s decision to refuse to see the Speaker of the House of Representatives when he arrived later bearing a no-confidence motion. A self-respecting constitutional democracy might well have secured Kerr’s arrest at this point. His determination to dissolve parliament, and to arrange an election with Malcolm Fraser as incumbent, made a mockery of parliamentary government, never mind democracy.

No event illustrates the intellectual vacuity of Australian conservatism more vividly. The right still regularly assails our senses with its bleating about our glorious British constitutional and parliamentary heritage. But at the very moment when that heritage was being debauched for partisan advantage, they looked on and cheered. Tribalism trumped principle.

Jenny Hocking, Whitlam’s biographer, has done us a dual service in these matters. She has updated, for the second time, her splendid and definitive account, first published in 2015. She has continued to track down primary material that enriches our understanding. But Hocking has also brought to the Federal Court a case to secure the release of ‘the Palace letters’ – the correspondence that passed between Kerr, the queen, and her private secretary. These documents are in the National Archives of Australia, but have been deemed ‘personal’ and ‘private’, and therefore unavailable to researchers under the Archives Act. Unless the court rules otherwise, Buckingham Palace gets to decide in 2027 if we are entitled to see them.

The Dismissal Dossier: Everything you were never meant to know about November 1975