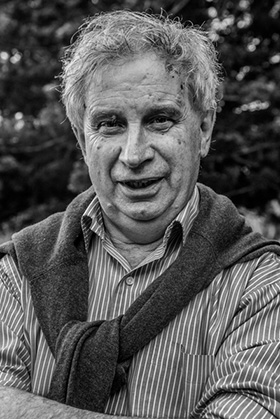 In 1971 I founded the weekly newspaper that became Nation Review. Soon afterwards my proprietor, Gordon Barton, acquired Angus & Robertson and offered me the job of running the publishing company. I jumped at the opportunity.

My first acquisition was Dennis Altman’s Homosexual, which had recently been published by a small press in the United States. Three months after publication it was the number two non-fiction bestseller here, ultimately establishing itself as an influential classic.

I am normally involved in the books I commission from a very early stage, usually before they are actually formally contracted; I mentor the author and undertake a preliminary edit of the text.

I don’t ask much of my authors – merely that they have outstanding originality and that the two of us are compatible!

My greatest pleasure is when you persuade an author to a particular course of action and they later come to realise how useful your advice was and their book enjoys success. For me the greatest challenge is having to overcome the terrible despondency that engulfs you when a book you utterly believed in does not prosper in the way that you and the author had hoped.

My latest book, Reboot (2017), is my ninth (I even co-wrote a pulp novel in my youth). I’ve written for both television and the stage; I’ve been an advertising copywriter. I think experiencing the highs and lows of all that, and particularly the writer’s great need for useful feedback, guides me in my publishing life. I try to deal with authors as sympathetically as I, a once-needy writer, always wanted to be dealt with.

Who are the editors/publishers you most admire (from any era)?

In the 1970s I admired most what Hilary McPhee and Di Gribble achieved; also Tony and Maureen Wheeler’s success in creating Lonely Planet, the first truly global Australian publishing house. Today I am delighted by the energy and creativity my lifelong frenemies, Henry Rosenbloom and Morry Schwartz, continue to display; my former colleague, Michael Heyward (I was for a time on the board of Text), and my current colleague, Jane Palfreyman, are giants on today’s publishing landscape.

While each year there are many successes that are predictable, the real joy is that quirky titles can still spectacularly surprise us all. Who among us would have predicted the extraordinary sales achieved by Girt or The Rosie Project or The Barefoot Investor?

All of the above, but nothing will ever beat the satisfaction of exceeding the sales target appropriate for any particular book.

Most publishers still commit themselves to the gamble of publishing quality fiction. The fact that each year some of these novels go on to win important prizes and fame for their authors, who are then widely embraced by readers, ensures that this process has considerable momentum these days.

Richard Walsh was founding editor of OZ and POL magazines and Nation Review. From 1972–86 he was managing director of Angus & Robertson Publishers, and from 1986–96 he headed Australian Consolidated Press. Currently he is Consultant Publisher at Allen & Unwin. His most recent book, Reboot, is reviewed in the September 2017 issue of ABR.