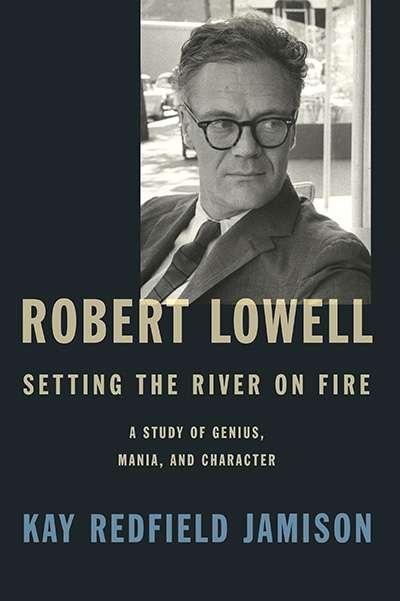 Robert Lowell: Setting the river on fire: A study of genius, mania and character

‘Great wits to madness sure are near allied,
And thin partitions do their bounds divide.’

For no one were Dryden’s partitions thinner than for Robert Lowell, as Kay Redfield Jamison’s exploration of the links between his work and the manic depressive illness which dogged him for most of his life makes clear. Previous biographers have, with varying degrees of compassion and opprobrium, chronicled the chaos and hurt caused by his manic outbursts. These echoed the reactions of his friends, partners, and acquaintances, which ranged from W.H. Auden’s nannyish, purse-lipped disapproval to Elizabeth Hardwick’s hard-won, loving, patient understanding. No previous writer on Lowell, however, has attempted to show the effect of manic depression on his life and work from the inside, as it were.

Jamison is dauntingly qualified to take this approach. The Dalio Family Professor in Mood Disorders at Johns Hopkins University School of Medicine, she is also an honorary professor of English at the University of St Andrews. She is the author of An Unquiet Mind (1995), a forthright account of her own struggles with manic depression, and Touched With Fire (1993), a comprehensive exploration of the links between mania and creativity. In Setting the River on Fire, she has written a fascinating, if sometimes uneasy, amalgam of case history, literary biography, and medical chronicle.

Robert Lowell: Setting the river on fire: A study of genius, mania and character