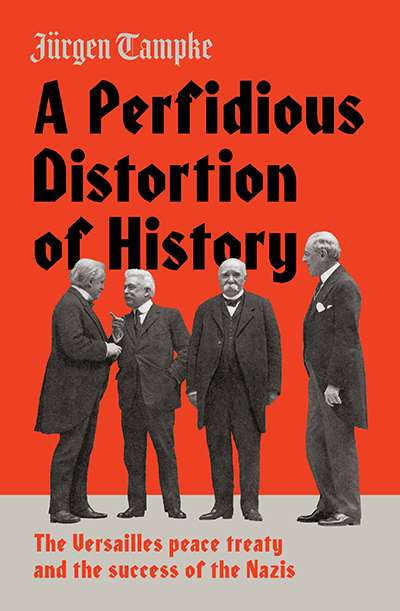 A Perfidious Distortion of History: The Versailles Peace Treaty and the success of the Nazis

It has been widely accepted that the harshness of the Treaty of Versailles led directly to the rise of National Socialism in Germany and to the horrors of World War II. The punitive effects on the German economy, the affront to German honour, and the unleashing of decadence and nihilism in its wake led to the appeal of extreme nationalism and the call for revenge.

From the end of World War I, powerful voices in the British establishment reinforced this view. Maynard Keynes and Harold Nicolson, junior delegates at the Paris Peace Conference, were among them. Keynes’s Economic Consequences of the Peace (1919), which he later recanted, was a polemic against the injustice of the settlement. He condemned the ‘web of Jesuit exegesis’ spun by the most ‘hypocritical draughtsmen’, and referred to ‘imbecile greed’. Most famously, he called it a ‘Carthaginian peace’, a reference to the brutal peace Rome exacted from Carthage, including mass executions, sale into slavery, and wholesale destruction of property, at the end of the Punic Wars in the second century BCE. Keynes hopped into the efforts of Billy Hughes, too, the Australian prime minister whose influence at Versailles is rarely grasped here, and who furiously opposed the Americans and argued forcefully for the interests of the British dominions.

A Perfidious Distortion of History: The Versailles Peace Treaty and the success of the Nazis