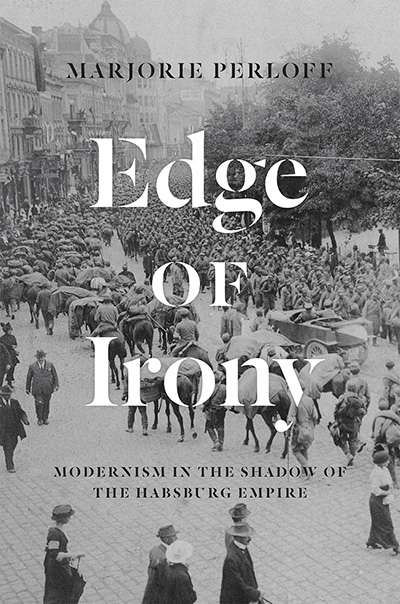 Edge of Irony: Modernism in the Shadow of the Habsburg Empire

In her introduction to Edge of Irony, Marjorie Perloff claims that in order to ‘understand Modernism ... we have to read, more closely than we have, the deeply ironic war literature of the defunct, multicultural, and polyglot Austro-Hungarian Empire’. To that end, she compiles a series of essays that focus on writers who lived through and were lastingly influenced by, the final throes of the Habsburg Empire, in each case fusing biographical detail, historical context, and close textual readings.

Perloff’s selection criteria has as much to do with literary advocacy as with her subject’s cultural significance: she has selected writers who, she says, have either been marginalised or misread by English- and German-language readers and scholars. She notes that ‘Outside of German departments ... I find that as major a literary figure as Karl Kraus is virtually unknown.’ The same can be said for Joseph Roth, and while Robert Musil’s The Man Without Qualities (1943) ‘is known by name as a long and difficult novel ... few people have actually read Musil’. That cannot be said about Paul Celan, but Perloff argues, convincingly, that Celan is too narrowly construed as a Holocaust poet by his admirers. She therefore reads him ‘against the grain ... as a love poet, whose lyrics ... can best be understood in the context of the lost empire’.

Edge of Irony: Modernism in the Shadow of the Habsburg Empire