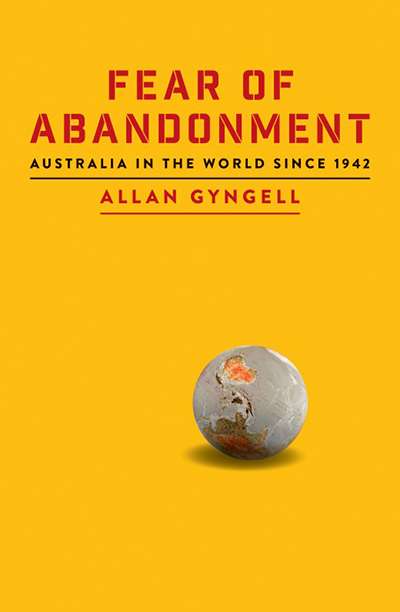 Fear of Abandonment: Australia in the world since 1942

In 2004 the Indonesian foreign minister, Nur Hassan Wirajuda, learned that Australia had established a 1000-mile maritime exclusion zone as part of its asylum-seeker policy. It had not consulted Jakarta. ‘You are blessed with a country that is rich in ideas and initiatives, declared Wirajuda. ‘Unfortunately, we seem to be on the receiving end of most of them.’

Allan Gyngell’s new history of Australian foreign policy since 1942 provides a strong flavour of the richness of the ideas that have emanated from the fertile minds of Australian policy-makers and diplomats over the last seventy-five years. He also shows that these ideas have on occasion been bad ones, and that they have not always been well received by those with whom Australia has done its business.

Still, Gyngell is mainly positive about the Australian foreign policy legacy. Australia, he points out, ‘is peaceful, prosperous, well-regarded’. It increasingly has a seat at the table when the rules are being made about matters such as arms control and the environment. To borrow a concept favoured by Gareth Evans, one of Australia’s most distinguished foreign ministers, it has done its best to be a good international citizen.

Gyngell, a former Keating staffer, has headed the Office of National Assessments and was founding executive director of the Lowy Institute for International Policy. This was never going to be a dissident history. As even a glance at the acknowledgments page reveals, it is very much the work of a policy insider, one who has been involved in many of the debates, episodes, and issues being surveyed. This involvement is rarely signalled directly; apart from a disclosure in the chapter on the 1990s that he was Paul Keating’s senior international adviser, Gyngell is silent on his own role. This is dispassionate history, not memoir or advocacy.

Fear of Abandonment: Australia in the world since 1942