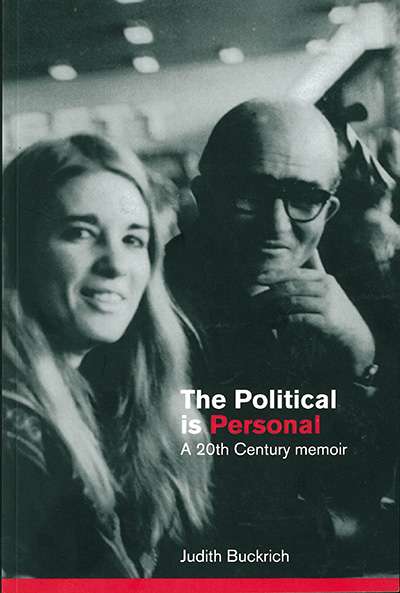 The Political is Personal: A 20th century memoir

It is rare to read a memoir as joyfully insouciant about sex as Judith Buckrich’s The Political Is Personal. She describes the delicious state of discovering it, at seventeen, as ‘a sex haze’. At nineteen, she has an intense, dark-eyed boyfriend but is also sleeping with Morry, whose chief merit is his staying power in bed. ‘Once, to prove the point, he read a book while fucking me,’ she writes. ‘Somehow we both found this hilarious.’ A year later, when she is engaged to Charles, her friend David climbs into bed with them, ‘wearing a new pair of red flannel pyjamas that left a red stain forever on our sheets.’

Marriage is a far less pleasurable activity. She weds Charles, a handsome American, in April 1970, in Melbourne. By October they have split up. Her second marriage in 1988, to a Hungarian social worker, has the air of a train wreck before the vows are exchanged. ‘As the date of our wedding drew closer,’ she confides, ‘I really wondered if I had lost my mind.’ It happens anyway and Buckrich falls pregnant. Later, she learns that while she was in hospital recovering from their daughter’s birth, her husband was sleeping with another woman.

Suzy Freeman-Greene is the Arts and Culture editor of The Conversation. For many years she wrote a regular opinion column for The Age, where she was also a features and arts editor and feature writer. Her essays, critical writing and fiction have been published widely in places such as Meanjin, Island, and Good Weekend.

The Political is Personal: A 20th century memoir

Suzy Freeman-Greene is the Arts and Culture editor of The Conversation. For many years she wrote a regular opinion column for The Age, where she was also a features and arts editor and feature writer. Her essays, critical writing and fiction have been published widely in places such as Meanjin, Island, and Good Weekend.