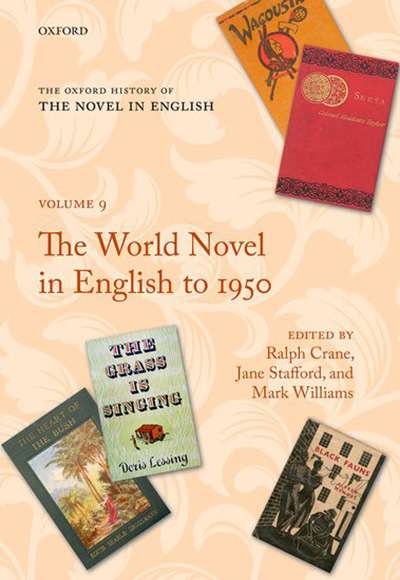 The latest instalment in the Oxford History of the Novel in English is notable for having one of its editors based in Australia and the other two in New Zealand. As these editors admit in their introduction, this volume is ‘something of a hybrid when set alongside the other eleven volumes that make up the series’, since it is organised partly by historical date, tracing ‘the World Novel in English’ from its putative origins up until 1950, and partly by geography. ‘World Literature’ is a problematic and contested term in today’s academy, but the editors here understand it to mean writing from Africa, Asia, Australasia, Oceania, and Antarctica, as well as parts of the Americas (Canada, the Caribbean) outside the United States, whose fiction enjoys its own dedicated volumes in this series. Thirteen of the twenty-nine contributors to this book are, in fact, based at universities in Australia or New Zealand, and taken as a whole this volume tends to highlight literary production in this part of the world. This might well be regarded as a welcome corrective to similar works in which Australasia has been unduly marginalised, although if I were reviewing this book in Cape Town, I would doubtless be surprised at how South African literature is omitted altogether from the chapter discussing ‘Colonial Gothic’.

Even weighing in as it does at 500 pages, it is clearly impossible to cover every aspect of the ‘world novel’ in a project such as this. Many of the editorial choices of inclusion and exclusion are, however, quite revealing. As I know from having contributed to earlier volumes in this series, the general editor (Patrick Parrinder, at the University of Reading) issued a directive that contributors ‘should aim for a long-term, general readership and should not presume acquaintance with current literary-critical jargon’. The editors of The World Novel in English To 1950 have accordingly chosen to emphasise empirical forms of cultural history, the facts and figures of book publishing, rather than to engage with the more deliberately theoretical approach that characterises, for instance, the two volumes of The Cambridge History of Postcolonial Literature, published in 2012 under the editorship of Ato Quayson.