The ABR Elizabeth Jolley Short Story Prize – one of the country’s major short story prizes – is once again open. Generous support from ABR Patron Ian Dickson has enabled us to maintain the total prize money at $12,500, of which the overall winner will receive $7,000. The runner-up receives $2,000, the third-placed author $1,000. In addition, there will be three commendations.

As with our other literary prizes, the Jolley Prize is open to writers anywhere in the world (stories must be in English). The 2015 Jolley Prize was won by Rob Magnuson Smith, who is based in the United Kingdom. Josephine Rowe won in 2016.

Non-subscribers pay $25 per story. This year they will receive ABR Online free of charge for three months – beguiling reading as they await their next short story.

Visit our Jolley Prize page for more details. Writers have until 10 April to enter. 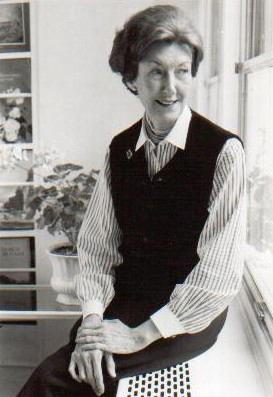 Shirley Hazzard (photograph by Nancy Crampton)As we were going to press, we learned of the death of Shirley Hazzard, one of the finest novelists and prose stylists Australia has produced.

Aged eighty-five, she died in New York, where (when not in Europe) she lived for decades with her husband, the late Francis Steegmuller, the great Flaubertian.

Hazzard’s relatively small, choice body of work – five novels, two short story collections, some non-fiction – places her in the pantheon of great Australia writers. Her first book, Cliffs of Fall and Other Stories (1963), is a classic of the genre, and many critics would rate The Transit of Venus (1980) as one of the finest novels to be produced by an Australian (Hazzard moved to the United States in 1951 and later became a US citizen). Her next and last novel, The Great Fire (2003), won the National Book Award and the Miles Franklin Award.

We will publish an appreciation of this supremely stylish Jamesian novelist in a coming issue.

So it has come to this! On 20 January (a day that may well live in infamy), Donald John Trump – that serial bankrupt and television bully, that vilifier of women and union workers, that bilious flayer of opponents and the press, that admirer of Vladimir Putin and Nursultan Nazarbayev and their ilk – will be sworn in as the forty-fifth president of the United States. (We liked the New Yorker cartoon about setting the alarm clock for 2020, though worse might follow Trump.)

Advances wishes it could report that Philip Roth – America’s great moralist and scold – has come out of retirement to write a sequel to his apt and terrifying novel The Plot Against America (2004).

Last month we introduced our newest Fellowship: the ABR Gender Fellowship, which is worth $7,500. Interested writers, scholars, and commentators have until 1 February to apply. We are looking for proposals for a substantial article on gender in contemporary Australian creative writing in all its forms. This Fellowship is funded by ABR Patron and long-time Board member Emeritus Professor Anne Edwards AO, a former Vice-Chancellor of Flinders University.

We now have two other Fellowships on offer, each worth $7,500. Applications close on 10 March.

The ABR Eucalypt Fellowship (formerly the ABR Dahl Fellowship) is presented for the third time, with support from Eucalypt Australia and ABR Patrons. Proposals are sought for an article on the Australian eucalypt in all its forms, with reference to literature, science and natural history, Indigenous subjects, history, the arts, or politics. This Fellowship article will appear in our annual Environment issue later this year.

The ABR RAFT Fellowship is offered for the second time (historian Alan Atkinson inaugurated it with a memorable essay on the national conscience in our September 2016 issue). We welcome proposals for an article on any aspect of the role and significance of religion in society and culture. This Fellowship is funded by the Religious Advancement Foundation Trust.

Those thinking of applying are always encouraged to email Peter Rose first, with an outline of their proposed article: This email address is being protected from spambots. You need JavaScript enabled to view it.

Journalist, broadcaster, and filmmaker Anne Deveson and her novelist daughter, Georgia Blain, both died in December, within days of each other. Blain had been diagnosed with brain cancer the previous year.

Anne Deveson had a long career as a journalist, first in London, later in Australia, with the ABC. She was also an influential radio presenter at 2GB. Her memoir Tell Me I’m Here (1991), chronicled her son’s struggles with schizophrenia. Her documentary film Spinning Out (1991) examined the illness in relation to its effect on family members. 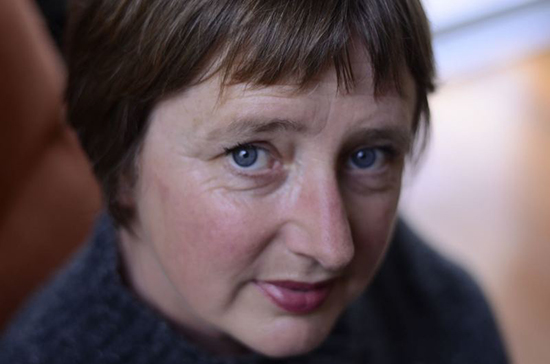 Last month, in our Books of the Year feature Georgia Blain’s final novel, Between a Wolf and a Dog (Scribe, 2016), was nominated in ABR’s 2016 ‘Books of the Year’ and ‘Publisher Picks’ features by James Bradley, Fiona Wright, and Jane Palfreyman.