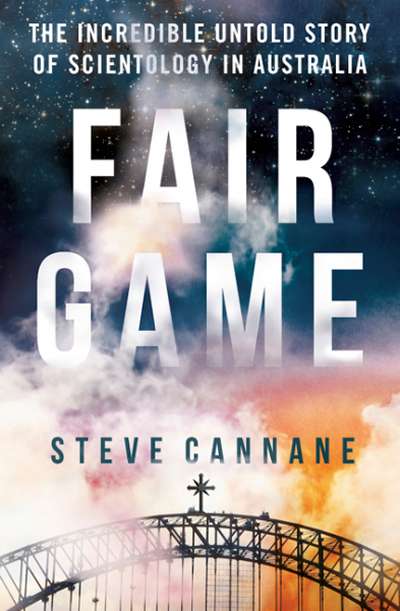 Fair Game: The incredible untold story of Scientology in Australia

When you join the Church of Scientology, you sign a contract for a billion years. You are then audited with the help of a machine called an ‘E Meter’, which helps uncover areas of conflict and blockages in your current life and previous ones. The goal, after undergoing an intensive and expensive course of study into the theories and practice of the Church’s founder, L. Ron Hubbard, is to go ‘clear’. This state, one of utmost analytical clarity, gives one the ability to achieve goals impossible in a ‘pre-clear’ state. Each step costs thousands of dollars, but the rewards, say adherents, are worth it. Alongside the anonymous rank and file, Scientology can count many celebrities among its present or former members. These include John Travolta, Tom Cruise and (formerly) Nicole Kidman, James Packer, and Australian rugby league stars Joe Reaiche and Pat Jarvis.

So how did Hubbard, a small-time science fiction writer, end up as a man of such influence? His Californian roommate from the 1940s, newspaperman Nieson Himmel, is quoted as saying, ‘whenever [Hubbard] was talking about being hard up, he often used to say that he thought the easiest way to make money would be to start a religion’. At that point, Hubbard – depressed and dabbling in occultism – was on a veteran’s pension from the US Navy.

Fair Game: The incredible untold story of Scientology in Australia