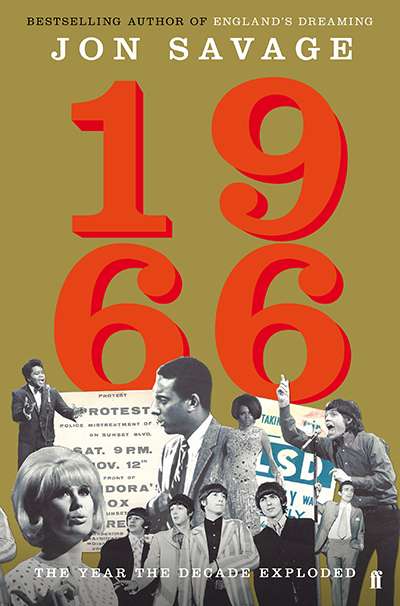 1966: The year the decade exploded

In March of 1966, Los Angeles rock group The Byrds released their sixth single, a song called 'Eight Miles High'. It was, writes Jon Savage, a song that combined 'two staples of sixties minority taste: free jazz and Indian classical music'. The arrangement was spacious, but the mood was uneasy: a twelve-string guitar part evoked the sour, droning tone of a sitar. The lyrics, chiefly written by band member Gene Clark, alluded to an LSD trip without naming it as such. Though LSD was still legal in 1966, its widening use had prompted an increase in policing: in February of that year, the first arrest was made in Britain for possession of the drug.

'Eight Miles High' laid the foundation for psychedelic rock, a style – and a lifestyle – that would come to dominate the late 1960s counterculture. In his new book 1966: The year the decade exploded, Savage argues that the year marked a turning point, particularly in Britain and the United States. Youthful rebellion, familiar from the rock'n'roll 1950s, was turning into a confirmed opposition to the Vietnam War, organised religion, consumerism, and conservative morality. It was, Savage writes, 'a year of noise and tumult', and he navigates it by way of popular music.

1966: The year the decade exploded