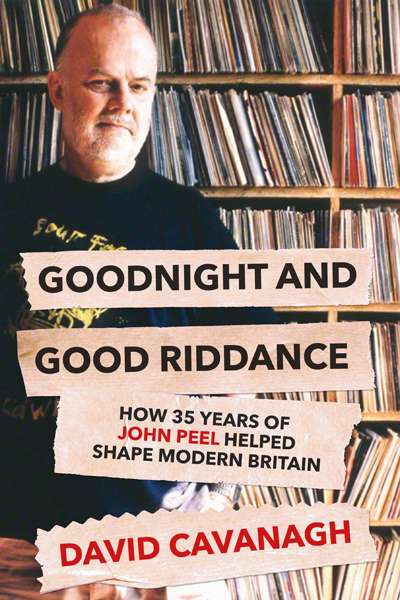 When Napoleon called England a nation of shopkeepers he claimed to have meant it as a compliment. Its grand resources were not constituted by extensive territories, natural resources, or a burgeoning population, but in the accumulation and dissemination of wares. In Portable Property: Victorian Culture on the Move (2008), John Plotz remarks that certain objects 'come to seem dually endowed: they are at once products of a cash market and, potentially, the rare fruits of a highly sentimentalized realm of value ... a realm defined by being anything but marketable'. David Cavanagh's Good Night and Good Riddance is the latest in a series of attempts to document the cultural legacy of one of England's most devoted and influential purveyors of rare fruits, the radio DJ and producer John Peel.

Peel presented shows across three decades, ranging from The Perfumed Garden in 1967 to Top Gear, Sounds of the Seventies, and The John Peel Show. Cavanagh listened to more than 500 recordings and surveyed more than 800 archived running orders. Not everything made the cut. The work is broken into three parts, with each segment identified by year. The components dealing with 1996–2003 proceed two years at a time, 'to give', as Cavanagh explains, 'the effect of the near past coming closer into view'. Each entry is helpfully date-stamped, the names of the artists and the show on which they featured set out in bold font. It is a dating app of a book, with most risks insured against in advance, rather than a powerful chance encounter which might put the reader in danger of too much excitement.