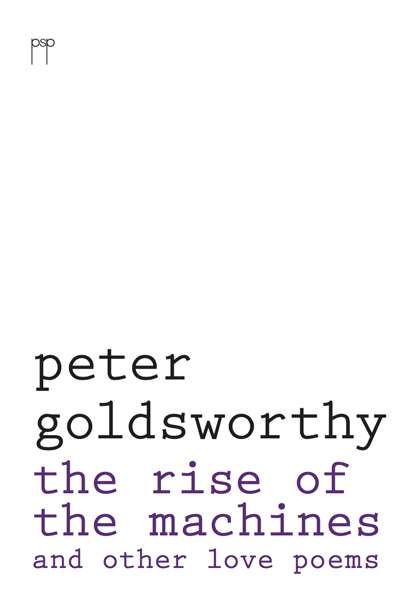 Speaking of the un-
spoken, jokes are a smoky
subspecies

This near-haiku is not so much a final definition of jokes as one definition of poetry. It shows up in Peter Goldsworthy's sequence 'Ars Poetica'. What he means is that the wordplay of jokes we make every day is a microcosm, a type and model of the more grandiose verbal surprise packages known as poems. By this measure, Goldsworthy himself is quite a joker. Quips, puns, quadruple entendres, comic allusions, irreverent cross-references, and punchlines are the very stuff of his poetry, oftentimes their driving force and final destination. Laconicism gets the better of him on a visit to the Uffizi: 'About babies they were mostly / wrong, the Old Masters, even / when they stuck wings on them.'

Satiric, benevolent, worldly, his humour conveys more serious intentions, always implies an inhabited culture, and is part of an achieved art. (Those lines expect that you know Auden's famous sonnet.) Irony, for example, can be a humorist's superhighway; it can also be a dead end. Dead end streets in Dublin are charmingly called culs-de-sac, nice self-satisfied corners going nowhere. Australia has the No Through Road. Peter Goldsworthy mistrusts irony. One time he stopped writing poetry altogether because everything was just coming out ironical. Admittedly, irony still glints and glows in Goldsworthy but it is not enough to strike while the irony is hot. Or string out the reader with one interminable comedy festival. Goldsworthy's solution, evident throughout this collection, is paradox.