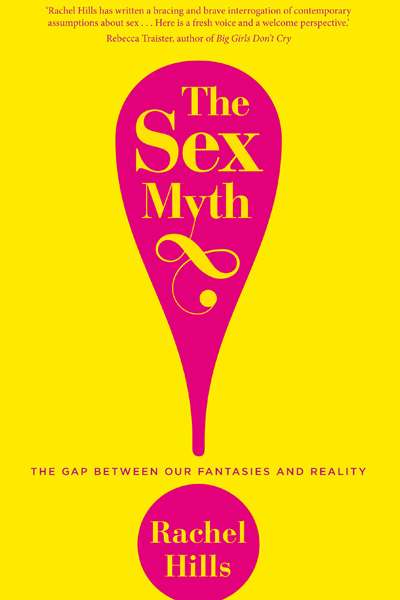 The Sex Myth: The gap between our fantasies and reality

The Sex Myth announces some lofty aspirations in its title, which invokes game-changing feminist interventions like Betty Friedan's The Feminine Mystique (1963) and Naomi Wolf's The Beauty Myth (1991). Saturated as we are now by sex talk of all kinds, it is hard to imagine a critique of sex/gender mores having anything like the same impact. Nonetheless, Rachel Hills makes her bold ambitions clear with an epigram from novelist and short story writer Junot Díaz, who writes that 'the most toxic formulas in our culture are not passed down in political practice, they're passed down in mundane narratives'. The quote expresses the presence of the ideological in the fabric of the ordinary everyday, and thus both the difficulty and the importance of demystifying that which seems most natural. Demystification is a form of consciousness-raising, and, nostalgic as it may seem, The Sex Myth offers a potent demystification of the performance imperatives in contemporary sexual culture.

To begin, Hills confesses the private insecurities that stimulated her curiosity about other people's sex lives. She turned to the familiar sites of cultural studies of sexuality – magazines, digital spaces, popular culture, an extensive bibliography of social sciences literature – alongside an impressively sized, essentially ethnographic method: interviews with around two hundred people, mostly in their twenties and thirties. What she reports is that, contra the sexting epidemic and the 'booze-soaked, wet-T-shirt clad perma-party' depicted in the media, we are actually having far less and far worse sex than everyone imagines. Forty per cent of surveyed US college students hooked up with three or fewer people over the course of their college career. Against the myth of a hypersexual society, most young people just aren't having that much sex. Where in the past we were soiled by it, now we are substandard if we don't do it enough. We live amidst new and unachievable metrics of erotic performance to which our social value is tied. Pleasure, desirability, frequency, and quantity are labour forms at which we toil in the pursuit of sexual capital. 'An active sex life,' Hills writes, 'doesn't just satisfy us erotically; it represents desirability, self-agency and charisma.'

The Sex Myth: The gap between our fantasies and reality