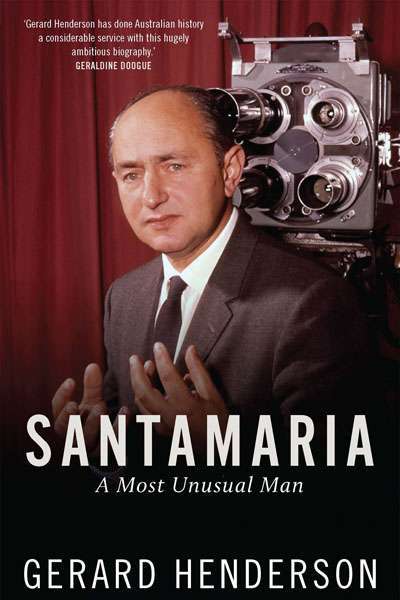 Santamaria: A Most Unusual Man

In 1980, when I first came to Melbourne from Sydney, I found myself working among homeless people in the inner city. I was guided by a fantastic nun, one of those forthright people with a fearless sense of justice. She stood up to police and clergy alike. One day we had a long wait in the casualty department of St Vincent's Hospital with a gentleman from the streets who had been in a brawl. I learned much from the way in which others would avoid sitting near us. As we waited, the nun told me that not everyone had time to wait so long. She understood that the hospital had a special room set aside 'in case Mr Santamaria ever got sick'.

I doubt that such a room existed. If it did, it would probably have been for anyone whose public profile required greater privacy. The curious thing is that such a no-nonsense servant of the poor was able to believe such nonsense.

This is the kind of story that Gerard Henderson wisely avoids in his biography of B.A. Santamaria. He notes that his work is based on the written record and on the evidence of 'people who knew Santamaria'. But I could tell dozens, even scores, of tales a bit like that of the nun. Some would be based on fact, others on myth; some would be flattering, others far from it. I could tell you of a priest who only had to get a parking ticket to start ranting about all the iniquities of Bob Santamaria, something that says more about the bizarre relationship of the priest's subculture to authority than anything else. Nevertheless, taken together, such stories point to a figure with a mystique possibly unparalleled in Australian history.

Santamaria: A Most Unusual Man