Vingt Regards sur l'Enfant-Jésus (Twenty Contemplations on the Christ Child) was written in 1944 by Olivier Messiaen (1908–92) for his muse, subsequent wife, and dedicatee of the cycle, the pianist Yvonne Loriod. The cycle consists of twenty works of varying length for solo piano, each illustrating different mysteries of the Christ child. A complete performance takes about two hours. Vingt Regards and Messiaen's other, more frequently performed works from the 1940s – Quartet for the End of Time (1941) and the Turangalîla Symphony (1949) – between them show the composer's distinct sound worlds, eclectic influences, tonalities and harmonic invention, extraordinary rhythmic play, and lifelong fascination with birdsong. Vingt Regards, an intensely spiritual work, is the most overtly religious of the three. Messiaen gave each Contemplation a title – Contemplation of the Father, Contemplation of the Star and so forth – and followed these with more detailed descriptions on the musical and spiritual aspects of each work, guiding the performer and listener alike. This programmatic aspect of the cycle, along with recurring themes – notably the majestic Theme of God – gives it its structure. Within the score there are quite specific instructions to the performer: Leitmotifs are labelled, birdsongs identified, metronome speeds given.

With its mixture of dissonance, percussiveness, lyricism, spiritual interiority, and ecstasy, this work of wartime Paris can still seem radical more than seventy years after its composition. Messiaen demands a lot from the pianist and audience alike. He expects virtuosic pianism from his performer, combined with the ability to convey intense spirituality and interiority and the greatest profundity. In the solo piano repertoire it is perhaps only Liszt who comes close to successfully combining spiritualism and dazzling virtuosity. Audiences, even non-believers, need to go along with Messiaen's intense Catholic mysticism to appreciate the spiritual nature of the cycle. He draws widely from diverse musical sources. The mimetic use of birdsong has a more direct and obvious appeal: jazz aficionados of the Keith Jarrett style and followers of Indian ragas will be comfortable with the extraordinary use of rhythm, repetitions, and percussive effects.

The Contemplations themselves begin with the Contemplation of the Father, announcing the Theme of God, mysterious, soft, but with strong rhythmic power. They lead on a journey that include Contemplations of the Star (II), the Virgin (IV and XI), the Cross (VII), Christmas (XIII), Angels (XIV), and Prophets, Shepherds, and Magi (XVI).

The previous Melbourne performance of Vingt Regards was by Steven Osborne as part of the Melbourne Recital Centre's opening celebrations. It was performed on 10 February 2009 and commenced at the unlikely time of ten pm. The performance on 20 March 2016 by Pierre-Laurent Aimard (★★★★★) was at the more civilised time of five pm, an infinitely more rewarding experience than Melbourne's other Palm Sunday offerings, church or the Grand Prix. Certainly, the rapt audience thought so, giving Aimard the warmest and most enthusiastic of standing ovations at the conclusion of this marathon. 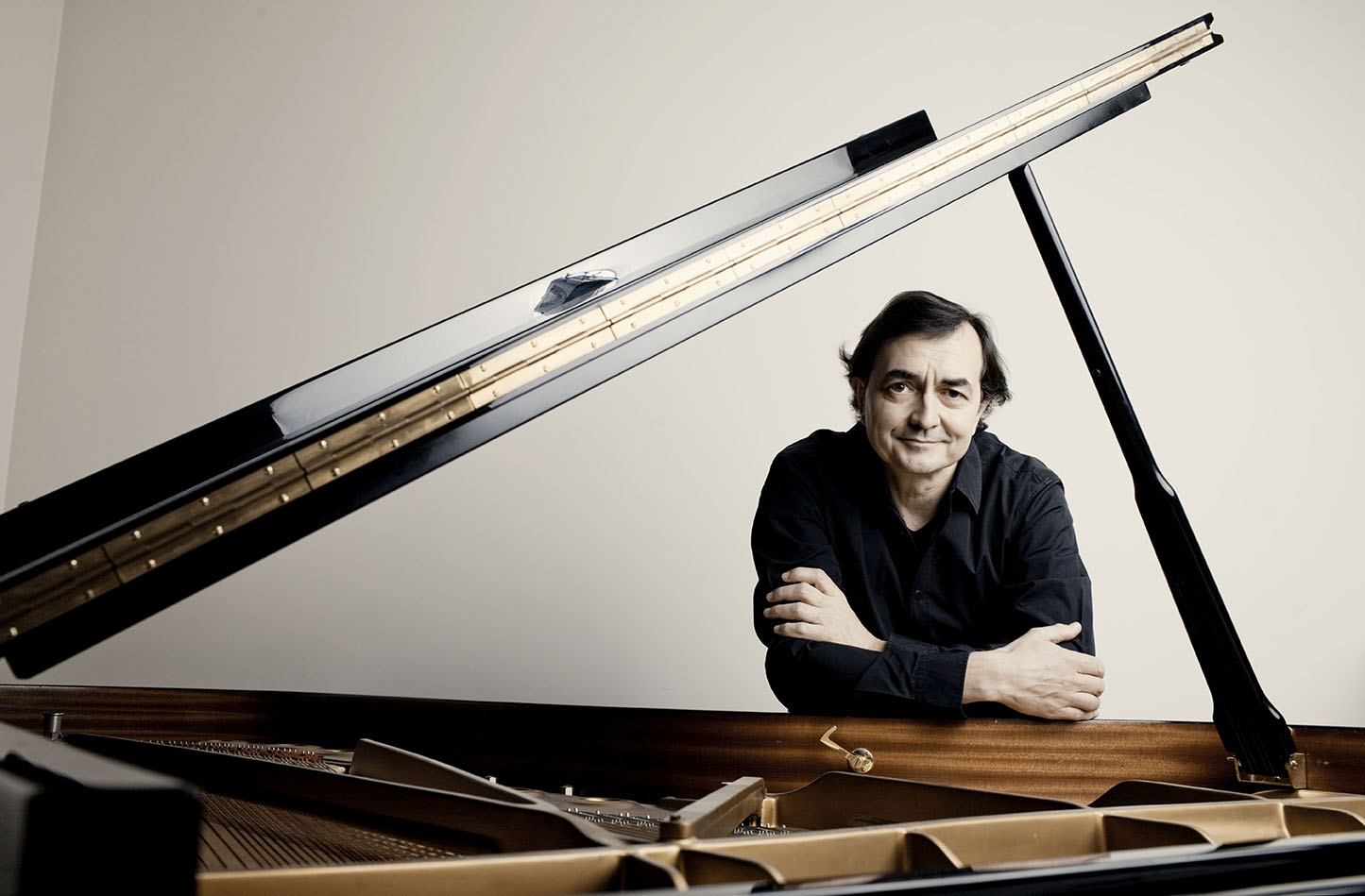 Pierre-Laurent Aimard has perfect credentials to perform Vingt Regards. He studied in Paris under Yvonne Loriod herself, and in 1973, aged sixteen, won the Messiaen Competition. Soon after, he became the pianist in Pierre Boulez's Ensemble intercontemporain. He has specialised in and championed twentieth-century music. Some will have heard Aimard in Adelaide when he performed there in the 1988 Festival with Ensemble intercontemporain; several in the audience, including Arts Update, heard Yvonne Loriod play in Messiaen's thrilling From the Canyons to the Stars, on tour with the Australian Chamber Orchestra in 1988, when Messiaen himself was in attendance. Arts Update last heard Aimard accompanying Christine Schäfer in a Lieder recital at the Opéra Garnier in Paris in July 2007.

Aimard knows this cycle intimately, as if he inhabits the music. A consummate musician, he and the piano totally commanded the hall. Never, in Arts Update's experience, has a pianist sounded quite as one with this auditorium. From the softest pianissimo to the loudest fortissimo – and this work indulges in many such extreme contrasts – Aimard drew the most beautiful and consistent tones from the instrument. At one spellbinding moment, he even 'floated' a note in the hall for many seconds, normally a gift only in the preserve of the best vocalists.

As if this taxing cycle were not enough for his Melbourne tour – Vingt Regards and different orchestral programs were undertaken in Sydney – Aimard also performed the Ravel Concerto for the Left Hand (★★★★1/2)with the Melbourne Symphony Orchestra in the first half of a concert that concluded with a splendid performance of Mahler's Fifth Symphony. Under the baton of Andrew Davis, the orchestra was in dazzling form, with many superb solos from the principals. 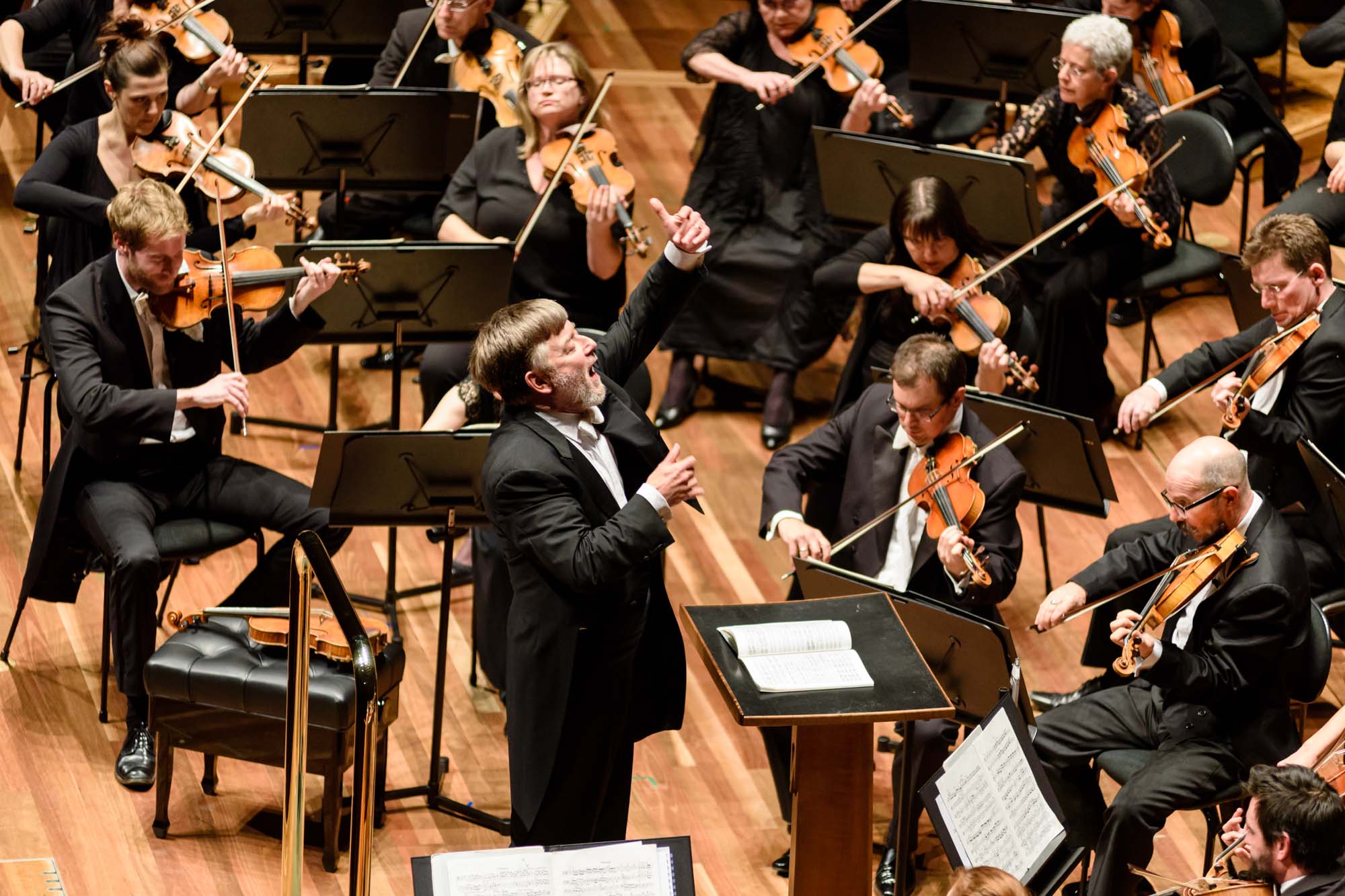 Ravel's Concerto for the Left Hand was commissioned in 1929 by pianist Paul Wittgenstein (brother of Ludwig) whose right arm was amputated during World War I. First performed by Wittgenstein in Vienna in 1932, and premièred in Paris the following year, the concerto is in sections and is played straight through without a break. Despite being called 'the string breaker' by his teacher, Wittgenstein initially was not enthusiastic about the concerto and complained to Ravel, wanting to 'improve' it by thinning out the scoring, a vandalism that Ravel refused to countenance.

The Concerto for the Left Hand gives the performer every opportunity to demonstrate mastery over this demanding score. Aimard's superb performance brought out the subtleties and expressive qualities of the work: the opening and concluding cadenzas were played with effortless aplomb. The Ravel concerto was followed with an encore of three exquisite miniatures by Pierre Boulez. If it is too much to hope for a repeat visit to Melbourne by Aimard with Vingt Regards, let us hope he can be persuaded to return to the MRC with a twentieth-century French program.