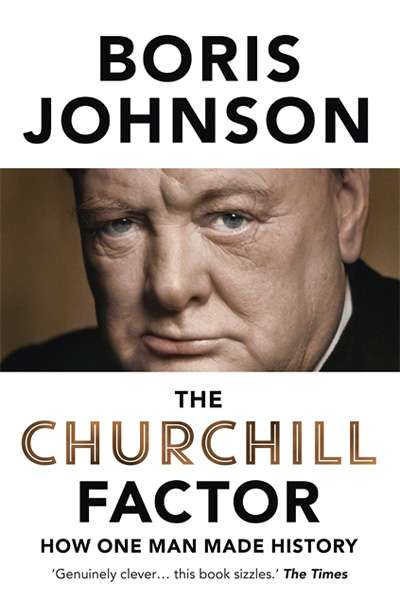 The Churchill Factor: How One Man Made History

Had it not been for the leadership of Winston Churchill in 1940, Nazi Germany would in all probability have won World War II. The most enthusiastic revisionist historian would grudgingly accept this proposition.

As this highly readable account by London Mayor Boris Johnson shows, 1940 was the high point of a career that extended from the 1890s to the 1960s. In politics Churchill was twice prime minister and chancellor of the exchequer. As a soldier he was shot at on four continents. He published more words than Shakespeare and Dickens combined, and he won the Nobel Prize for literature. On the personal side he was a devoted husband, an artist, and an amateur bricklayer. His way of life was not exactly healthy: ten cigars a day, whisky and soda before breakfast, half a pint of Pol Roger, white wine, claret, late brandies, even during World War II.

Some aspects of Churchill's career are not so well known, and these are given due prominence by Johnson. He argues that, along with David Lloyd George, Churchill can fairly be described as a co-founder of the welfare state. He began in 1908 with a Trades Board Bill which set legally enforceable minimum wages for certain jobs, particularly the mainly female low-paid garment workers in London's East End, Leeds, and Manchester. To combat unemployment, Churchill set up the first Labour Exchanges. Together with Lloyd George, he fought the Great Budget War of 1909 and 1910, a successful attack on inequality and, as Johnson puts it, 'it was seen, inevitably, as an attack on the dukes and the very landed class from which Churchill emerged'.

The Churchill Factor: How One Man Made History