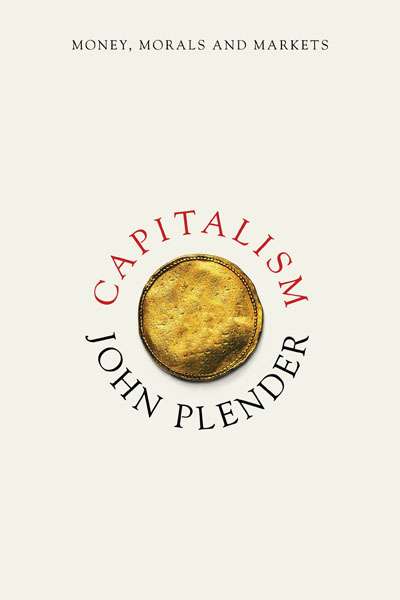 'Money is like poetry because both involve learning to communicate in a compressed language that packs a lot of meaning and consequence into the minimum semantic space.'  This comparison, coming from one of today's most strident critics of the capitalist system, British novelist John Lanchester, is just one of the many delights and surprises John Plender provides in this fascinating and widely researched book, which he describes as 'a probe around the grumbling bowels of the capitalist system'. Elsewhere we learn that Marx was a 'day-trader', financed largely by factory-owner and fox hunter Engels, and enjoy a potted biography of the charmingly named rogue English MP Nicholas If-Jesus-Had-Not-Died-For-Thee-Thou-Hadst-Been-Damned Barbon.

Plender has given us a thematic primer in economic thought, combined with a rich compendium of what famous people have said about economics, business, and various manifestations of the profit motive. Criticisms of the pursuit of financial gain date back to Plato and the Old Testament, and caricatures of business people to Aristo-phanes and Petronius. Many leading figures in the Western canon have joined in, but despite the well-known tendency of artists to place themselves above the grubby marketplace, a large number of the giants of our culture were also involved in business – or at least gainfully employed – including Chaucer, Cervantes, Trollope, Rimbaud, T.S. Eliot, Gauguin, and Kafka. Many turned their art itself into a successful business, notably Shakespeare, Pope, Rubens, Sir Joshua Reynolds, and, of course, Picasso.