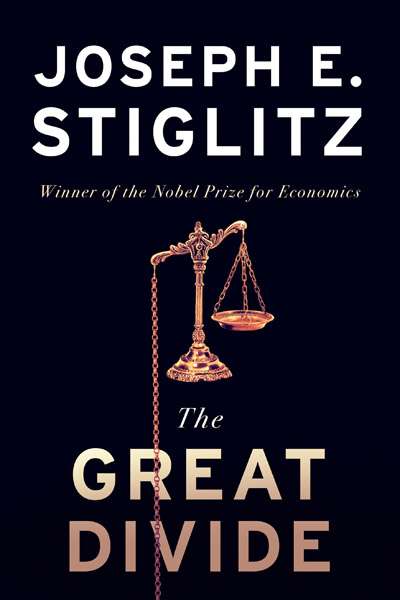 Consider the following statements: unregulated markets achieve the best outcomes for society; ‘A rising tide lifts all boats’; government intervention, regulation, and redistribution damage economic growth; tax cuts for the rich are a reliable way to foster growth; financial market innovations create growth and benefit society. Anyone who still believes these statements hasn’t been paying attention for the last seven years. Anyone who believed them before the GFC hadn’t been reading Joseph E. Stiglitz.

Stiglitz’s focus on inequality was inspired by having been present, as a twenty-year-old student, at Martin Luther King Jr’s ‘I Have a Dream’ speech, and he wears his politics on his sleeve. But this self-edited collection of the Nobel Laureate’s writings for several US journals over the last few years offers more than political opinion pieces. When he describes the above statements as ‘self-serving, ignorant falsehoods’, his arguments are well-supported by evidence, as well as having a satisfying punchiness of their own. His alternative formulation would include: inequality reduces growth and endangers social cohesion; unregulated markets seldom serve the interests of society at large; you can’t grow an economy by taking money away from the poor, who spend everything they can, and by giving more to the rich, who don’t; failing to provide the best possible education to everyone reduces an economy’s long-term potential; financial markets are rent-seeking, create no value for the economy at large, and actively damage it by increasing risk and diverting talent.

The collection is informed by a heartfelt lament for the loss of the American dream. Contrary to the nation’s self-image and aspiration, accident of birth is a more powerful determinant of outcomes in today’s America than in any other developed economy, and it is harder for a child born to poor parents to get ahead in the United States than virtually anywhere else. Opportunity in America is now inherited. Stiglitz hates this.