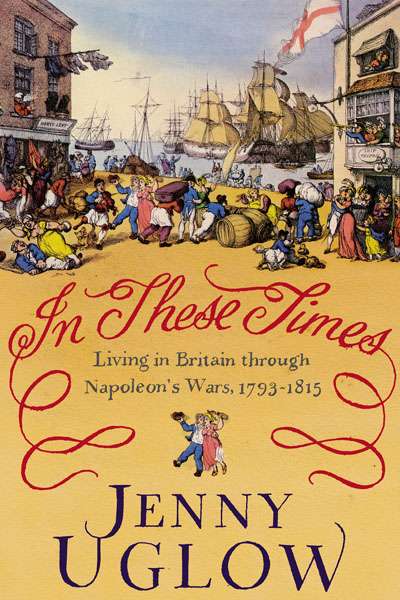 If you had asked anyone in the 1780s where in Europe a revolution was most likely to break out, the answer would probably have been Britain. Paris was too strictly policed to be a candidate, whereas London had recently been the scene of violent anti-Catholic riots. The British were an unruly people, as Jenny Uglow’s book on British life during the French revolutionary and Napoleonic wars testifies. Treason trials, food riots in the terrible winter of 1795, riots against the press gangs, and mutinies in the navy all encouraged a fear of domestic revolution. The country was threatened by terrorist attacks. The Despard conspiracy of 1802 planned to seize the Tower and murder George III and, in 1812, Prime Minister Perceval was shot dead. In response, civil liberties were curtailed and the rule of law suspended. In Uglow’s account, this was a society in conflict with itself, violent, riotous, and repressive.

Uglow presents a panoramic view of British society at war, through the eyes of a range of individuals from different social backgrounds: clergymen, soldiers, artisans, bankers, weavers, farmers, and their wives. She calls this a ‘crowd biography’, which is misleading since her crowd never solidifies into common action; it is rather a cast of disparate individuals who qualify because of their letters and diaries. Uglow darts from one to another at such lightning speed, over sixty short chapters, that she creates a scatter-gun effect, in which no one in her ‘crowd’ is presented in the round and none lingers long in the memory. Her account is teeming with details and anecdotes, piled relentlessly on top of one another. This is history by immersion.

Martyn Lyons is Emeritus Professor of History at the University of New South Wales, and the author of several books on the French Revolution and Napoleonic Europe. He was awarded the Centenary medal in 2003 and is a former president of the Australian Historical Association.

Martyn Lyons is Emeritus Professor of History at the University of New South Wales, and the author of several books on the French Revolution and Napoleonic Europe. He was awarded the Centenary medal in 2003 and is a former president of the Australian Historical Association.