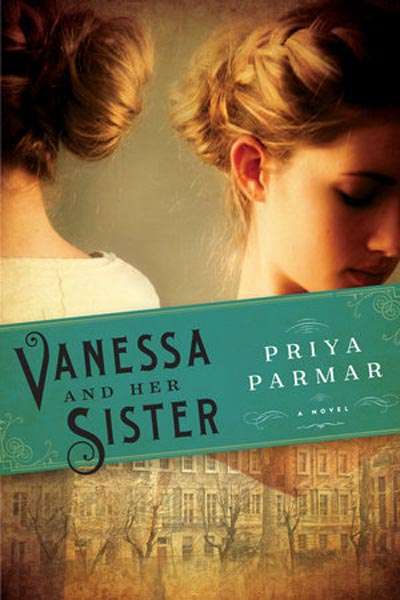 Vanessa and her sister

Adeline: A novel of Virginia Woolf

Given the plethora of non-fiction books about Virginia Woolf and her circle, ranging from biographies to memoirs to coffee-table offerings of all kinds, it is tempting to wonder why we need novels as well. For intimacy and immediacy we have the Bloomsberries’ own accounts of themselves in the many voluminous editions of their letters and diaries, not to mention portraits, photographs, and autobiographical works. But somehow it is not enough. We want not just to learn about their lives but to participate in them, and for this, it seems, we must turn to fiction.

Two new novels about Woolf promise much in this regard. Priya Parmar’s book, like Susan Sellers’s 2008 novel Vanessa and Virginia, focuses on Woolf’s older sister, the painter Vanessa Bell. It begins in 1905, when Virginia was twenty-three and Vanessa twenty-six and they were still the unknown Stephen sisters. Following the death of their father, Leslie Stephen, they and their brothers, Thoby and Adrian, have moved from their stultifying home in Kensington to the slightly disreputable, inner-London locale of Bloomsbury, where they seek to throw off convention and live to please themselves. It is an inherently dramatic situation – the very birthplace of the Bloomsbury legend – but instead of creating scenes that will transport us there, Parmar presents a series of entries purporting to be from Vanessa’s diaries, supplemented by occasional letters from her friends.

Ann-Marie Priest is a literary scholar and the author of Great Writers, Great Loves: The Reinvention of Love in the Twentieth Century (2006). In 2004 she won the Josephine Ulrick Literature Prize for a short essay, and her work has twice appeared in Best Australian Essays. She teaches academic writing at Central Queensland University.

Vanessa and her sister

Adeline: A novel of Virginia Woolf

Ann-Marie Priest is a literary scholar and the author of Great Writers, Great Loves: The Reinvention of Love in the Twentieth Century (2006). In 2004 she won the Josephine Ulrick Literature Prize for a short essay, and her work has twice appeared in Best Australian Essays. She teaches academic writing at Central Queensland University.