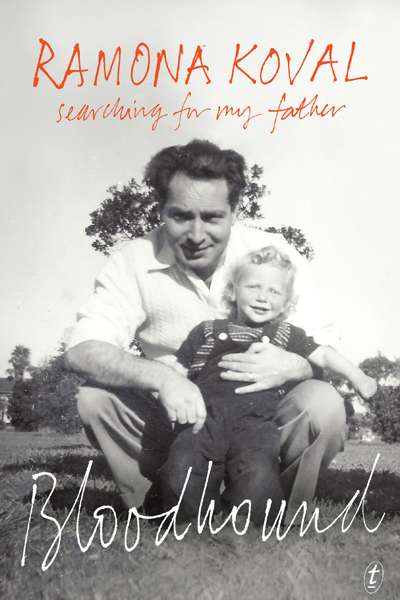 Bloodhound: Searching For My Father

This engaging but disturbing memoir describes Ramona Koval’s obsessive attempts to find herself another father than the one who had brought her up, the ‘Dad’ who was married to ‘Mama’. Dad and Mama, along with most of their circle in 1950s Melbourne, were Jewish immigrants from Poland, among the tens of thousands who came to Australia as displaced persons (DPs) after World War II. Ramona, their first child, was born in 1954, four years after their arrival in Australia; a sister arrived a few years later. While Yiddish was their first language, they spoke Polish to each other at home, but not to Koval and her sister, who grew up Australian, anxious (at least in Koval’s case) to conceal the family’s ‘dark rye’ home life from her ‘white-bread’ schoolfellows.

With her dark curly hair and broad shoulders, Koval didn’t look like any of her close family. Perhaps this was what set her off on the track of doubting that her legal father was her biological one. Of course, many children have fantasies of this kind. As an adolescent studying genetics, Koval noticed the anomaly that neither parent had her B positive blood type. When her mother shrugged it off, she didn’t pursue it. The doubts about her paternity came to the fore in Koval’s early twenties, when her mother was dying of leukaemia and Dad departed to live with another woman. The marriage had not been happy, and Dad and the new woman were much better suited. Moreover, Dad, an emotional man given to fits of sobbing, couldn’t stand illness and death. Koval, while conceding these points, didn’t forgive him.

Bloodhound: Searching For My Father