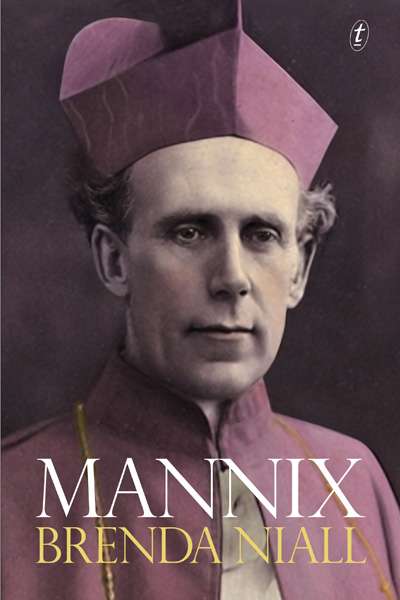 With her long-awaited life of Archbishop Daniel Mannix, Brenda Niall, one of Australia’s leading biographers, has conquered a subject that for decades she regarded as compelling yet ‘intractable’. ‘As a presence (I wouldn’t claim such a remote and magisterial being as a neighbour) Daniel Mannix was part of my childhood,’ Niall recalls. She grew up in the once largely Irish suburb of Kew in Melbourne near the grand mansion inhabited by Mannix and which he named Raheen. Why Mannix chose to reside a considerable distance from Saint Patrick’s Cathedral, to which he would walk every day, was never explained. ‘Whatever the reasons, Raheen suited Mannix. Catholic Kew was his village and he was its tribal chieftain.’

With characteristic insight, sensitivity, and tact, Niall confirms that Daniel Mannix is a major, if elusive, figure in the modern history of Australia, Ireland, and the Catholic Church, insofar as these topics, which overlap each other substantially, can be separated. ‘Half a century after his death,’ she writes, ‘Mannix still challenges biographers and historians. His long life has no parallel in Australia’s history. No political leader, no matter how persistent, durable or charismatic, has commanded the stage to the end, as Mannix did. No other churchman has taken part in national debates with comparable effect.’