The Buried Giant by Kazuo Ishiguro

Fitting for a novel about a patient quest, we only fully grasp Kazuo Ishiguro’s precise intentions with The Buried Giant at the end of its final page. Until then, the reader primarily follows the elderly married couple, Axl and Beatrice, as they journey through a memory-dulling fog that hangs heavily over the land. The presence of such magical elements, including pixies and goblins, and the post-Arthurian setting of sixth century England, flag this as potentially Ishiguro’s début foray into the fantasy genre. Knights and dragons await.

The author, who won the Man Booker Prize for The Remains of the Day (1989), is more concerned with the rich allegories offered by that stark, remote premise. While fans of George R.R. Martin’s blockbuster A Song of Ice and Fire series (the basis for the television hit Game of Thrones) might feel quite at home in this book, it is less action-packed and world-building than Martin’s work.

Instead, The Buried Giant manifests gradually as a wise yet plainly told examination of the collective, and selective, memory loss upon which civilisations are necessarily built. As one character observes: ‘I dare say, sir, our whole country is this way … Dig its soil, and not far beneath the daisies and buttercups come the dead.’ A later line echoes the sentiment but underscores how easily a new generation forgets the bloodshed of the last: ‘… the bones lie sheltered beneath a pleasant green carpet. The young know nothing of them.’

It is a familiar England that Axl and Beatrice roam, ostensibly to reach the nearby village of a son they can now barely recall; familiar not just from history books detailing Anglo-Saxon settlement in the country after the Romans departed, but from tales set in a similar quasi-England, like Martin’s and J.R.R. Tolkien’s. In fact, the descriptions of Axl and Beatrice’s hillside dwelling at the start of the book recalls the classic opening of Tolkien’s The Hobbit. Most pronounced, however, is Ishiguro’s inclusion of Sir Gawain, the youngest of King Arthur’s Knights of the Round Table and the humbled star of the fourteenth-century tale Sir Gawain and the Green Knight. The latter inspired Ishiguro to write this book, and two interludes centred on the aged knight’s reveries prove vital to the plot.

‘Most pronounced, however, is Ishiguro’s inclusion of Sir Gawain, the youngest of King Arthur’s Knights of the Round Table and the humbled star of the fourteenth-century tale Sir Gawain and the Green Knight’

To give away too much of The Buried Giant’s often mysterious story would be unfortunate, but suffice to say that the husband and wife are, by dint of their age alone, nearing the end of their long marriage. Where a certain strain of fairy tales, replete with fantastic creatures and painful ordeals, hinges on the standard ‘happily ever after’ finish, Ishiguro is more concerned with following such a would-be happy ending all the way to its natural conclusion: mortality itself.

So it is an elegiac and at times emotionally devastating story, albeit one told with tenderness and remarkable carefulness. Even when utilising quite unadorned prose, as well as roundabout narrative approaches that defy the straightforward efficiency with which ‘genre fiction’ is commonly credited, Ishiguro is ever quietly bolstering his tale. Awkward starts to some chapters yield unexpected rewards for their counterintuitive structure, and so goes the book as a whole.

Ishiguro, who moved to England with his Japanese parents when he was five years old, has spoken in interviews of his fondness for the image, so popular in American westerns, of a lone figure on horseback. He fleshes out that image well in the form of Gawain, and there are deadly showdowns that mirror those of cinema’s duelling gunfighters. But what is made clear repeatedly is that with violence comes a toll, whether borne on the soul of an individual or of a nation. One character points out the fortress past of a monastery, describing exactly how the structure’s apparently innocuous features housed brutal traps to kill invaders. As Ishiguro reminds us, the bloody past is hidden just underfoot, and the consequences continue to reverberate. Sir Gawain recounts his own bloody past, including Arthur’s orders to slaughter Saxon women and children, in a sort of trance, still trying to justify his actions decades later as an anti-war measure.

‘The spectre of a feared dragon may haunt The Buried Giant, but the real peril lies not in mythical beasts’

The spectre of a feared dragon may haunt The Buried Giant, but the real peril lies not in mythical beasts – such as the ogres introduced on the very first page as incidental among other hardships of the time – but in people’s failure to listen to one another and remember what’s come before. If at first the device of amnesia afflicting an aged couple seems like an obvious allusion to Alzheimer’s disease, Ishiguro takes it further, recalling George Santayana’s much-repeated declaration that ‘Those who cannot remember the past are condemned to repeat it.’ Whether befuddled or simply stubborn, at times these characters talk not in actual dialogue but in opposing monologues that ignore each other’s input.

Despite only spanning a few days, aside from scattered flashbacks that shed some faint light on decades past, the book demonstrates a deceptively wide reach. Its meditations on morality in wartime hold perennial appeal, and the nation-building concept of ethnic cleansing is by no means limited to England’s history. In his first novel since Never Let Me Go (2005), Ishiguro continues that book’s melancholy yet unafraid treatment of mortality, especially when it comes to those we love most dearly. He seems to suggest that something affecting all of us so inevitably – and profoundly – should not be denied clear-eyed scrutiny. 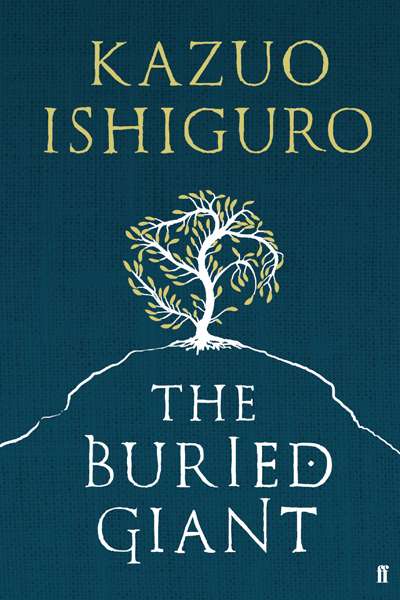