Christos Tsiolkas has established himself as a fiction writer to be reckoned with, especially since the publication of the explosive Dead Europe (2005) and the bestselling The Slap (2008). His latest novel, Barracuda (2013), marked a return to the adolescent anger and simpler naturalism of his early work. So his new volume of stories, Merciless Gods, may offer some help in understanding the trajectory of his career and his changing interests.

Among the early stories found here, ‘Civil War’, first collected in the Picador New Writing anthology for 1995, still carries an impact. The story’s narrator is hitching his way to Sydney across the Nullarbor Plain, listening to the racist remarks of the truck drivers he meets and recalling his brief sexual encounter in Perth with a young Aboriginal drug addict. The Civil War of the title is anticipated by the truck drivers who are arming in preparation for a massacre of Aboriginal people. The story moves into a slightly surreal world – has the drug-addicted narrator imagined the extremism of the truckies, just as he mistook a kangaroo on the road for an Aboriginal man? Tsiolkas confronts us with the logical consequence of violent racial hatred, and it stays with the young man like a bad dream after he arrives in Sydney. Curiously, the story begins with the line: ‘After drugs there is only God.’ The narrator is searching for ‘some intimation of spirit’, like a character from a David Malouf or Patrick White novel, but nothing beats heroin.

Young male characters narrate other stories, relying on the present tense for a sense of immediacy in the conventional Kerouac manner. ‘Saturn Return’ has two young men travelling to Sydney to visit the dying father of the narrator’s friend. Both young men have been to university, but they see themselves as poor: ‘Being poor means you have to break the law.’ It is a badge of honour and a justification for drug-dealing. Yet the story reveals a tenderness as it considers the dying days of the father and ponders the meaning of his life. ‘Hung Phat!’ follows its narrator’s relationship with a school friend, a girl this time, who becomes a film-maker. In ‘Jessica Lange in Frances’, the narrator has his first homosexual experience surrounded by the noise, smells, and detritus of inner-city life.

Though Tsiolkas is obviously clever and observant, this kind of material can become predictable, and the more recent stories show him creating more mature and varied characters, the kind of people who feature in The Slap. The title story’s narrator tells us about an evening ‘many years ago’ when a group of young Melbourne professionals, masquerading as friends, share a dinner to farewell a member of the group. Their complacency is disrupted by a storytelling game that leads one guest to claim that he once cut off a boy’s hand in Turkey. The incident may not have happened, but the manner of its telling strips the pretence of friendship from the group. It is not only what you tell, but how you tell it. 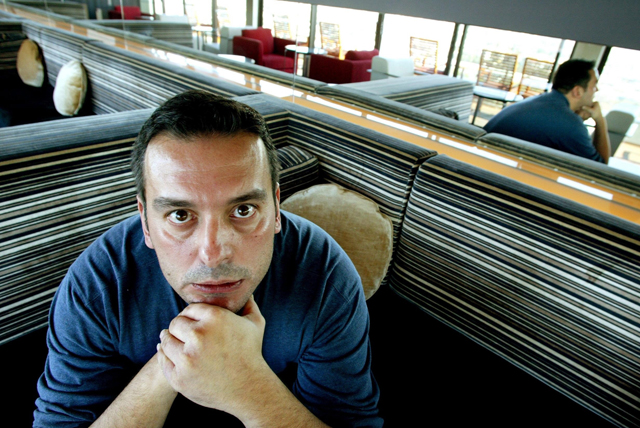 Other stories also focus on middle-class professionals moving towards middle age, their only unconventionality being their predominantly homosexual relationships. Yet they retain some of the adolescent anger that marks so many of Tsiolkas’s younger characters. They are the kind of people who get ‘the shits’ at unresponsive servants in New York, or mouth obscenities when their plane is delayed in Cairo. Impatient, bad-tempered, foul-mouthed, they are people to be avoided in whatever real life they might inhabit. They represent the worst of the new generation of well-heeled, well-educated Australians who are making their mark in the world. They could so easily be the subjects of satire, but Tsiolkas never mocks them. He holds to a discipline of sympathy with his characters, no matter how repellent they may be, and restricts his own verbal range to the limits of their vocabularies. It is a serious inhibition for a writer to accept, as it reduces so much of his fiction to the platitudes and obscenities of shallow characters.

In his early work, this appeared to be a political position – where the writer insists on identifying with alienated characters, portraying their perspective on the petit bourgeois world of suburban Australia. Tsiolkas seemed to identify with young gay men trying to live outside the society they believed had rejected them. Most of the characters in his later fiction have accommodated themselves to professional success, but Tsiolkas refrains from venting the criticism and moral disgust that he invites from his readers. He also denies himself the possibilities of wit and humour.

Tsiolkas’s deliberate confining of himself to the inarticulate, frequently obscene language of his characters often renders his writing banal and dangerously close to self-parody. At the same time, he raises the issue of language in several stories here. In ‘Sticks and Stones’ and ‘Tourists’, women characters protest at the racist and abusive language of their men. These are small and pointless gestures in a fictional world where language (and thinking) operate on the crudest level. Racial respect can hardly exist where there is no respect for language at all. 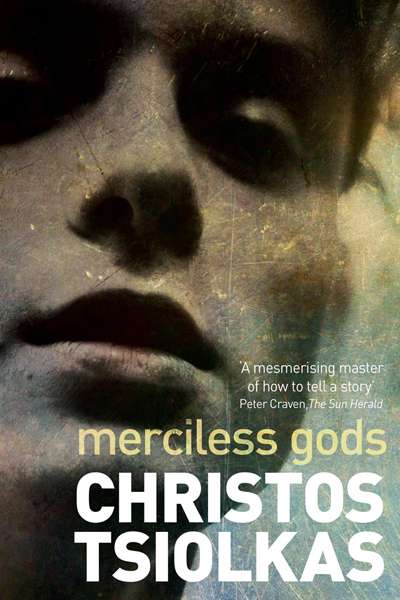