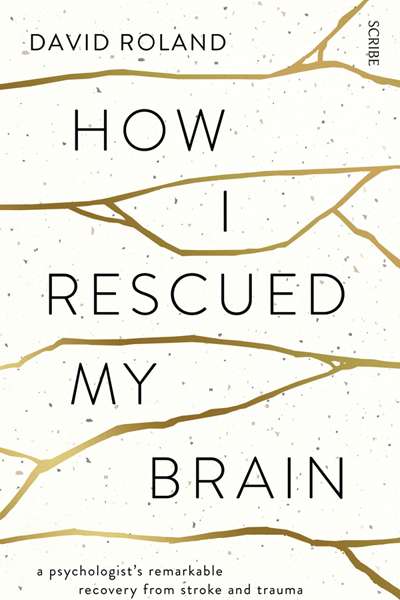 How I Rescued My Brain

The brain, notes philosopher Paul Churchland, is the engine of reason and the seat of the soul. David Roland’s memoir of stroke and its aftermath presents a vivid picture of engine failure and a soul unseated. His book lays bare the disorienting realities of brain injury and his gradual but faltering steps towards recovery. In time he adjusts to having a somewhat less powerful cognitive engine and achieves a more well-upholstered sense of self.

How I Rescued My Brain pivots around a stroke that Roland, an Australian clinical psychologist, experienced in 2009. However, the story begins years earlier, and Roland’s suffering is not reducible to a single cerebral event. In 2006 he is in his late forties and, to outward appearances, the epitome of middle-class success. He has a busy private practice, a family, friends, and property investments. But he is also heartsick. His marriage is in trouble, his investments precarious, his father dying. Anxieties leave him tired and prone to nightmares, panics, pains, and suicidal thoughts. He is disengaging from his work, intensely upset by the suffering of his patients. He diagnoses himself as experiencing a post-traumatic reaction brought on by vicariously experiencing the horrors they have witnessed or perpetrated. Clinical empathy has burned him out.

How I Rescued My Brain