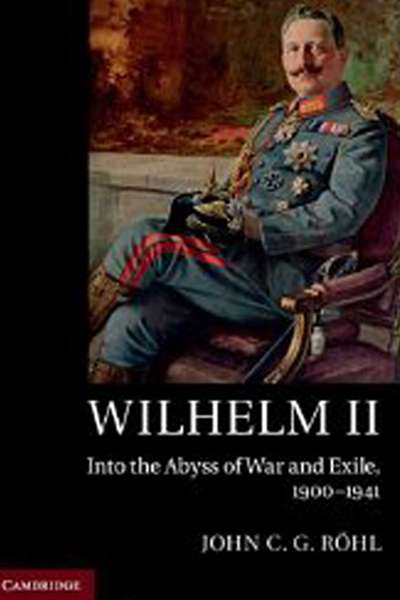 Wilhelm II, German Kaiser and King of Prussia, may be a shadowy figure for Australian readers, better known as the butt of funny-scary caricatures in British World War I propaganda or of black humour in popular soldiers’ songs, than as a political player in his own right. He remains enigmatic even for scholars. Some hand him the burden of responsibility for World War I, despite the immediate trigger being the military standoff between two other states altogether, Austro-Hungary and Serbia. Others see him as an incompetent figurehead who merely rubberstamped the territorial ambitions of the German military.

The third and final volume of John C.G. Rohl’s biography, Wilhelm II: Into the Abyss of War and Exile, lays the second view to rest. Wilhelm had a succession of lapdog chancellors, unlike his revered grandfather Wilhelm I, who appointed and placed full confidence in the architect of German unification, Otto von Bismarck, a superb diplomat and a canny domestic politician who pioneered the welfare state. Wilhelm II, considerably less capable and less liberal than his grandfather, had no such figure beside him to counsel or restrain him, and nor was he likely to have listened if he had. Instead, he subjected a succession of ministers to paranoid rants while he planned his grandiose schemes to make Germany the paramount power in Europe and, hence, the world. He was going to destroy the powerful British navy. He was going to build the Baghdad–Berlin railway and unite the Muslim world behind him. He was going to finish off Russian territorial ambitions once and for all. And all this with ‘my’ army and ‘my’ navy, in defence of ‘my’ empire and ‘my’ house, the royal house of Hohenzollern.