Australia and the Vietnam war by Peter Edwards

In 1966 as a young first-year cadet at the Royal Military College, I purchased Anzac to Amiens by C.E.W. Bean, which had been published twenty years earlier. Bean had been Australia’s Official Historian for World War I, and Anzac to Amiens was his masterly condensation of the twelve-volume official history of which he had been the general editor and principal author. It was to be many years before I purchased the twelve volumes or could find time and commitment to read them. In the meantime, Anzac to Amiens was my guide to the history of Australia’s involvement in the war. I still refer to it.

Peter Edwards followed in the great tradition of Charles Bean when he was appointed Official Historian of Australia’s involvement in South-East Asian Conflicts, and general editor of this nine-volume series, the last being published in 2012. Now, in the same manner as Bean, Edwards has produced a succinct one-volume condensation of this longer series. Like Bean’s, this one, Australia and the Vietnam War, is likely to reach a wider audience than the multi-volume series. This is not because the other volumes are dull, far from it, but they are more likely to appeal to the specialist reader or to the participants. The Vietnam War, Australia’s longest and most controversial military commitment, was, however, such an important episode in Australia’s history that the scholarship of the longer series needs to be made available to the general reader.

The great value of this history is that it allows us to focus on the main issues. In particular, Australia’s involvement in the Vietnam War needs to be understood in the context of the twenty years that preceded the commitment of the first combat battalion in 1965. The Vietnam War did not stand alone, but was part of a long-term government strategy.

‘The book is a comprehensive, well-considered, finely judged summary of Australia’s involvement in the Vietnam War.’

Previously, in the world wars Australia sent volunteer forces overseas to fight as part of the British Empire’s war effort. After World War II, Australia’s political and military leaders were presented with a new and threatening strategic situation. On the one hand, the countries of Southeast Asia were going through a process of decolonisation. On the other hand, the world had become embroiled in the Cold War. To the Western leaders, it seemed that the communists were using the wars of decolonisation as part of their campaign for world domination. In response, the Australian government raised a Regular Army, which could be deployed overseas without recourse to raising a special volunteer force. These regular troops were deployed to the Korean War (1950–53) to support the United Nations force there.

But it was Southeast Asia that was of most concern to the Menzies government; it came up with a policy of forward defence, aiming to encourage Britain and the United States to remain committed to the security of this area. Australia was engaged in a balancing act. It did not want to raise large military forces, preferring to concentrate on national development. If, however, it became necessary to deploy forces to Southeast Asia, these should be just large enough to win some credit with the ‘great and powerful friends’, but small enough that they did not become a drain on the Australian economy, or result in unacceptable casualties. Hence Australia sent small numbers of aircraft, followed later by a single infantry battalion (on rotation), to assist Britain and Malaya to deal with the ‘Communist Terrorists’ in the Emergency in the 1950s. 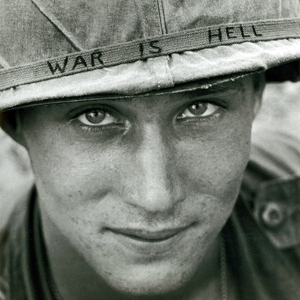 It is still not widely appreciated that in the early 1960s Australia’s greatest concern was Indonesia, which seemed to be leaning towards communism. President Sukarno’s campaign, known as the Confrontation, to stop the formation of the new state of Malaysia, caused dilemmas for Australian decision-makers. Would the United States support Australia in the event of conflict with Indonesia? And what would happen if Indonesian troops in West Irian crossed into Australian New Guinea? Reluctantly, Australia eventually deployed two infantry battalions and two Special Air Service squadrons to Borneo, where they conducted clandestine operations across the Indonesian border.

As Edwards makes clear, the decision in November 1964 to increase the size of the Australian Army by the introduction of National Service was made as much to provide additional troops for a possible conflict with Indonesia as it was to enable Australia to send troops to Vietnam. He also explains that the decision to send troops to Malaya in 1955, which was opposed by the Labor Opposition, appeared to be wise and fully justified. But the Menzies government learned the wrong lesson from this experience, believing that a similar deployment to Vietnam would be successful. As Edwards puts it: ‘The fault lay not simply in the fact that Australia was committed to a conflict but in the imprudent and overconfident way in which Australian forces were committed, putting blind faith in the ability of American military power.’

The first ten chapters of this book consist of a very smooth reduction of the nine-volume official history. The military operations are given a balanced, succinct treatment, touching on the key operations such as the Long Tan and Coral-Balmoral battles. But the most space is allocated to the strategic and political story and the reasons for the government’s decisions, such as deploying battalions to Borneo and Vietnam, increasing the size of the force in Vietnam, and finally withdrawing the force. The key decision-makers are shown to be the prime ministers (Menzies, Holt, and Gorton), the foreign ministers (Casey and Hasluck), the defence ministers (Paltridge, Fairhall, and Fraser), and the chairmen of the Chiefs of Staff Committee (Air Chief Marshal Scherger and General Wilton). Edwards shows that Scherger overstepped his brief when offering a battalion for service in Vietnam, but probably represented the views of at least some government ministers in doing so.

In the final and most important chapter, Edwards reflects on some outstanding issues. He shows how the idea of forward defence and the despatch of expeditionary forces became discredited, to be replaced by a strategy of ‘the defence of Australia’ and, eventually, a policy of self-reliance in an alliance context. One outcome was the Five Power Defence Arrangements, involving Britain, Australia, New Zealand, Malaysia, and Singapore (which Edwards calls the Five Power Defence Agreement). Edwards concludes that with the benefit of hindsight, ‘Vietnam was not an example of fighting “other people’s wars”; in the minds of Menzies and his principal advisers, it was a matter of getting the United States to fight a war for Australian security. Paying a premium for Australia’s strategic insurance with the United States was not of itself wrong, but should have been handled with a great deal more care.’ 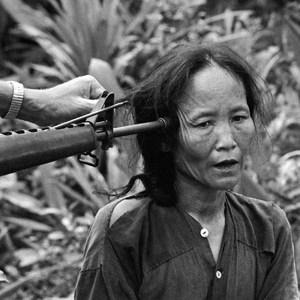 One of the reasons that Australia went to Vietnam was the ‘domino theory’; that Australia needed to help prevent the fall of one domino to communism, for fear that it might lead to the fall of others. Edwards suggests that the Vietnam commitment allowed the other Southeast Asian countries, especially Indonesia, time to achieve some degree of stability, which would not have been the case if Vietnam had fallen to the communists in 1965. Edwards concludes that: ‘Both the insurance policy and the domino theory arguments for the Vietnam War commitment have gained a degree of vindication by events and policies over the subsequent 50 years. Australia did gain some of its strategic objectives from the service and sacrifice of those who were committed there, but the costs were unnecessarily high.’

The book is a comprehensive, well-considered, finely judged summary of Australia’s involvement in the Vietnam War. Like Bean’s Anzac to Amiens, it should become the starting point for anyone who wants to understand why Australia became involved in this contentious conflict. Also, we should not overlook the book’s excellent summary of the course of Australia’s military operations, placed in context by their relationship to the higher strategic issues.

In many ways this is a bloodless book. We do not get to appreciate what it was like to patrol, weighed down by a heavy pack, for days on end through swamp and jungle in oppressive heat, to lie in wait in a monsoonal downpour, to be pinned down in a bunker attack, to manoeuvre a tank in the jungle. Set against this, however, the book includes a useful annotated biography indicating where these more personal stories might be found. 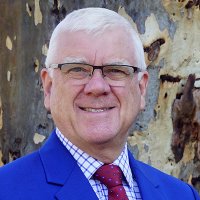 David Horner is emeritus professor of Australian defence history in the Strategic and Defence Studies Centre, Australian National University. Author or editor of some thirty-five books on military history, defence, and intelligence, he is the Official Historian of Australian Peacekeeping, Humanitarian and Post-Cold War Operations, and also Official Historian of the Australian Security Intelligence Organisation (ASIO). The first volume of the ASIO history, The Spy Catchers, was joint winner of the 2015 Prime Minister’s Literary Award for History. 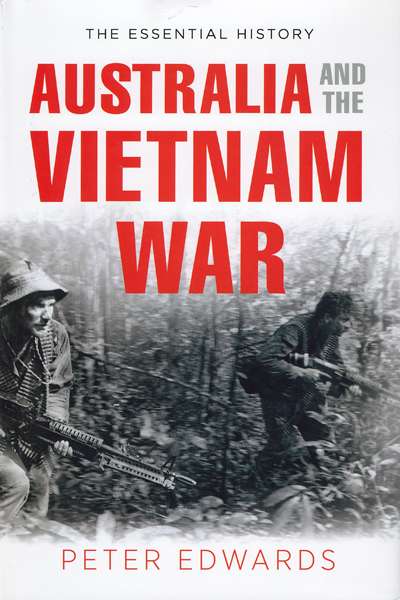 Australia and the Vietnam war