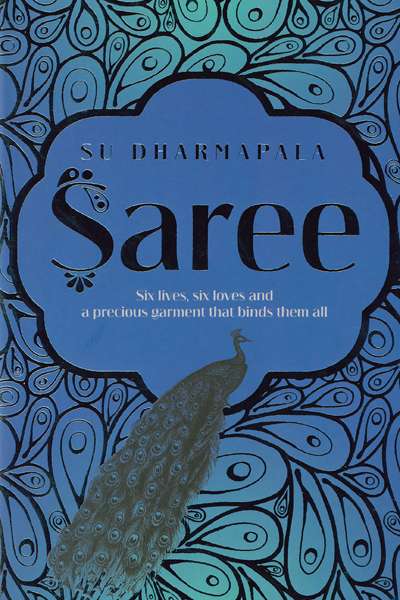 ‘Six lives, six loves and a precious garment that binds them all’ are words on the cover of expatriate Sri Lankan Su Dharmapala’s second novel. The book’s six sections follow the sequence of tying a saree – knot, first drape, pleats, second drape, the fall, and the finishing. Six lives are cleverly connected by a precious silken saree in Sri Lanka, India, and Melbourne. Initially, one imagines that the characters will be drawn from the young aspirants selected to compete for apprenticeships at a progressive saree mill in south-west Sri Lanka. Several, with their tutors, will reappear, sometimes surprisingly; others will vanish.

The book is populated with characters among the most cruel ever encountered, their barbarism hard to credit. Abominable behaviour knows no bounds, but some aspects of South Asian life and society seem Dickensian, for instance the treatment of mental illness in asylums resembling Bedlam. The book plunges into fairy tale, particularly evocative of the Brothers Grimm, charming in part, utterly horrifying in others. Elements of ‘Snow White’ appear, there is an evil queen and at least one dwarf, and Nila’s role as household drudge has much in common with Snow White and Cinderella. The latter’s role as persecuted heroine also fits the unfortunate Nila, whose sister, mother, and brother bear more than a passing resemblance to the ugly sisters. Raju is clearly Prince Charming. Hans Christian Andersen’s far milder story ‘The Ugly Duckling’ presents the model of virtue and fortitude in the face of adversity, and the possibility that any plain little chick may turn into a beautiful swan is also very appropriate for Nila Mendis.

Claudia Hyles is a Canberra-based writer and reviewer with a great interest in South Asia. Her most recent book So You Can See In The Dark : And other Indian essays (Australian Scholarly Publishing, 2016)

Claudia Hyles is a Canberra-based writer and reviewer with a great interest in South Asia. Her most recent book So You Can See In The Dark : And other Indian essays (Australian Scholarly Publishing, 2016)