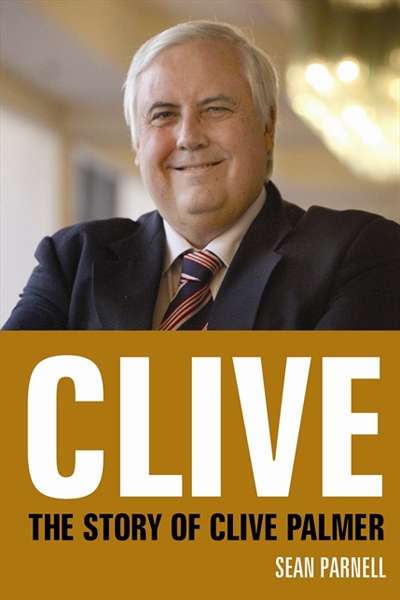 Even the most seasoned political observers would have been surprised at the Palmer United Party’s triumph at the federal election, which saw it claim three seats in the Senate. Was it a stroke of luck or the work of a remarkable political strategist? In any case, the political fate of the PUP’s founder remains undecided, more than a month after the election. At the time of writing, Clive Palmer’s lower house bid for the seat of Fairfax is on its third recount. If he loses, he has said he will launch a court challenge against the AEC. ‘We continue to see different results from this unfair and out-dated system, which makes a mockery of the democratic process,’ Palmer said in a statement. Never mind that in Western Australia – where the Palmer United Party candidate Zhenya Wang displaced the Greens’ Scott Ludlam in the Senate – the PUP had secured 65,511 primary votes to the Greens’ 124,268.

Queensland’s most colourful billionaire is often the subject of crude character sketches in the mainstream media. Admittedly, much of this is his own making. His plans to fund and float a replica of the Titanic and to build the world’s biggest park of robotic dinosaurs hardly need a punchline. While critics on all points of the political spectrum have regularly raised questions about his sanity, one has fewer doubts about his business acumen: estimates of his wealth range from $895 million (Forbes) to $2 billion (BRW). That’s a lot of cheese for a cracker. Yet his political convictions are harder to ascertain. One might ask: who is the real Clive Palmer?

Sean Parnell, a senior journalist at The Australian, tries to provide some answers in Clive: The Story of Clive Palmer. But ‘explaining the seemingly inexplicable’, as Parnell puts it, is a challenging task, especially when the subject is evasive. Parnell notes that some of his efforts to interview Clive were not so much rebuffed as downright ignored: ‘phone calls would be abruptly terminated, emails would not be returned, appointments would be missed.’

Parnell begins the narrative from Palmer’s childhood. Palmer found it hard to make friends, because his parents were always travelling. By his own admission, he was not a great student, but he was an exceptional athlete. His skills in rugby and athletics landed the Southport State High student a scholarship at the prestigious Toowoomba Grammar. He lasted there for one school term before returning to Southport, and Palmer gives Parnell a ‘typically mischievous’ answer about why he left: ‘All the boys at the boarding school had binoculars looking at girls about four kilometers away and I’d seen ‘em all in bikinis on the Gold Coast all my life!’

Parnell also chronicles Palmer’s time at university, where it is alleged that he ‘struggled financially’. But the story of Palmer’s involvement with Pregnancy Help is revealing. A devout Catholic, Palmer was a prominent player in the Right to Life Association, organising anti-abortion rallies on campus and, at the age of eighteen, ‘preach[ing] the wrongs of abortion for an hour and a half to an unsuspecting crowd of several hundred people at a freedom-of-speech forum’ in a town on the Gold Coast hinterland. Palmer has insisted that Pregnancy Help has never pushed a pro-life message, although his views on the subject were regularly published in the Gold Coast Bulletin, and he had authorised graphic newspaper ads for Right to Life with photographs of an aborted foetus. Then and now, Palmer is not afraid to use controversy to court media attention. 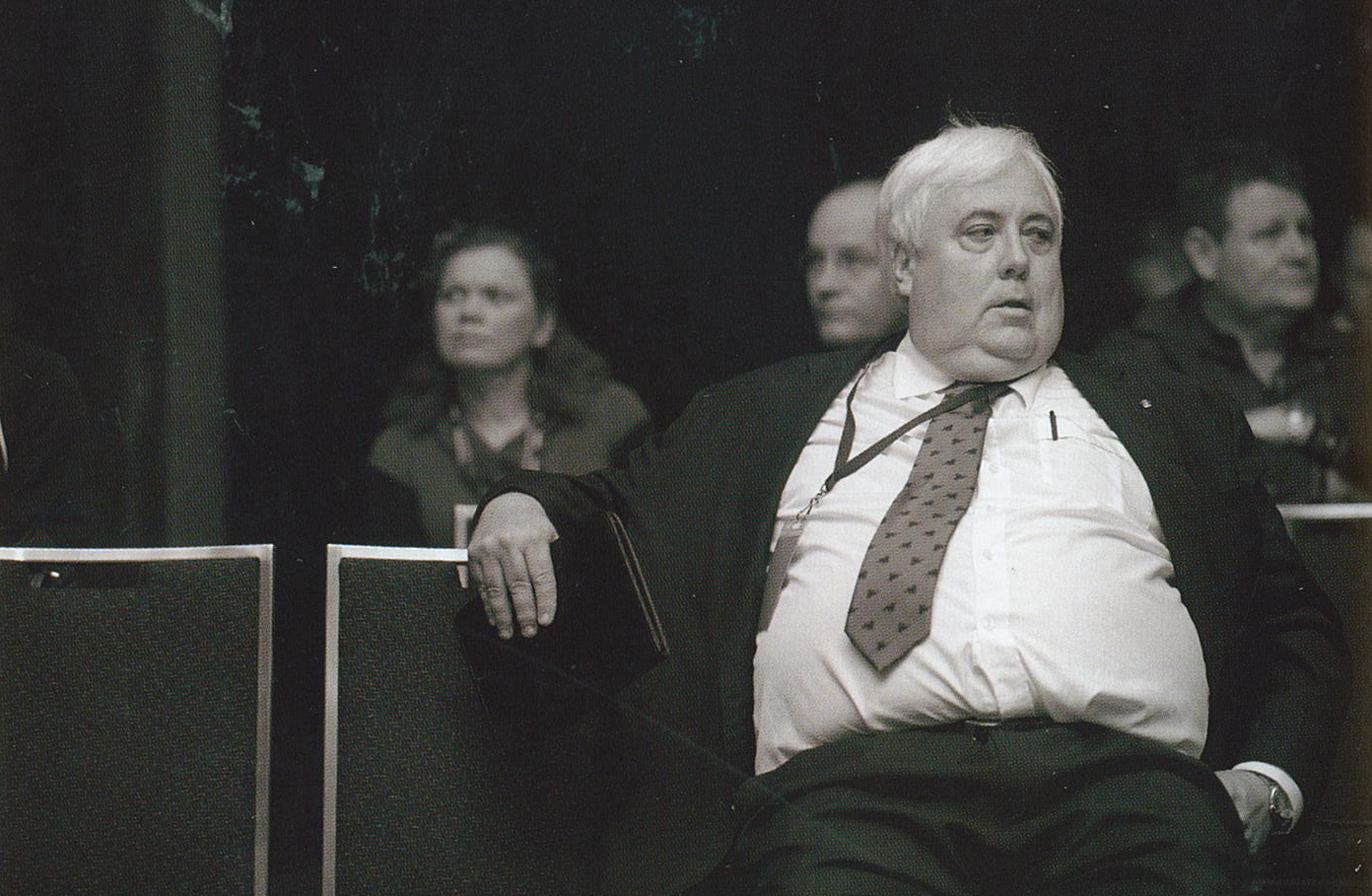 Palmer is famed for his garish public persona and his blustery proclamations. It is hard to tell if he has succeeded in business because of these qualities or in spite of them. On this question, Parnell also seems to be on the fence, although he is certainly conscious of Palmer’s more outlandish traits. But an anecdote about Palmer and a colleague from his real estate days, who took a sick kangaroo to a veterinary clinic, where it subsequently died, reads strangely. Parnell writes that upon hearing that the vet would charge a fee to dispose of the carcass, Clive and his colleague ‘bundled up the kangaroo … and buried it behind the office’. The next paragraph reads like a non sequitur: ‘Money was important to Clive … but value was a more complicated concept … He was starting to appreciate the concepts of supply and demand, of fluctuations in the market, of human behaviour. And he could see value in more things.’

There is similar confusion in a chapter titled ‘The Power of Words’. Parnell includes snippets of Palmer’s poetic ramblings, first published in Dreams, Hopes and Reflections (1981). These poems were written when Palmer ‘could not hide his joy at entering the 1980s stronger and richer, both financially and romantically’. The poem begins: ‘I am a dreamer / Who am I / I dream of Peace / of flowers in the sky.’ Parnell comments: ‘The poems point to someone with a deep sense of feeling, someone with both a social and political conscience.’ According to Palmer, the poem ‘was just one of things you do’, and was inspired by the fall of President Nixon. I can’t tell whether Parnell’s appraisal was made in earnest or if he is a master of arch sarcasm.

What is made clear throughout Clive is that Palmer’s achievements in politics and business are often the result of an aggressive (and messy) goal-oriented lunge towards success – at any cost. One day he is throwing money at Campbell Newman’s campaign; the next he is denouncing him as a ‘crook’. He poured millions into soccer club Gold Coast United before the Football Federation of Australia revoked his license. (Palmer threatened to sue FFA chief Frank Lowy for defamation.) Indeed, the meticulous chronicling of Palmer’s various legal stoushes point to man who revels an opportunity for litigation, as if it were his weekend hobby. At the same time, he has shown extraordinary generosity towards his employees at Queensland Nickel, giving bonuses worth $10 million to staff, including fifty-five Mercedes-Benz cars and overseas holidays.

Clive is not a hagiographical account of Palmer’s life, nor is it a hatchet job. While Parnell’s portrayal of Palmer is hardly sympathetic, one feels that – perhaps because of the subject’s slipperiness – he can’t quite nail the ‘real’ Clive Palmer. By the book’s end, it is difficult to tell which stories to take seriously and which to discard. Even Palmer’s claim to billionaire status is disputed. When Palmer tells Parnell that the ‘Russian government has approached [him] … to develop a supersonic business jet’, it is merely another incredible plot point in a story spun by a serially unreliable narrator. Palmer ‘keeps us guessing’, says Parnell, and perhaps this is part of a calculated strategy: after all, journalists were too busy lampooning him to focus on his political ambitions. Palmer is content to feed the media monster: no one knows better than he that the myth of Clive Palmer is more important than the man himself.