Advances was delighted to learn that Kerryn Goldsworthy has won the 2013 Pascall Prize ‘Critic of the Year’. Dr Goldsworthy is a frequent contributor to, and former Editor of, ABR; she reviews Lionel Shriver’s new novel in this issue. Last month – as the ABR Ian Potter Foundation Fellow – she contributed a long article on the 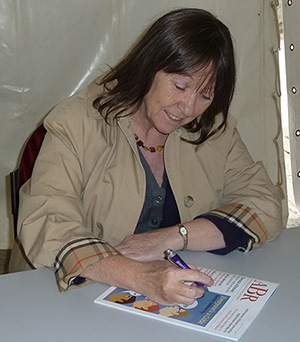 Kerryn Goldsworthy, in her acceptance speech at the Sydney Writers’ Festival, described criticism as ‘one of life’s most intense and enduring pleasures’. She also addressed one of the themes contained in ‘Everyone’s a Critic’:

‘There’s a lot of talk as we move into the digital age about what the fate of criticism will be, but I’m an optimist who thinks the that cultural conversation will continue no matter what medium it moves through, or what form it takes. What I worry about more is whether critics will go on being able to balance hearts and minds as the humanities continue to be devalued in the universities, as the arts continue to be devalued in government, and as fewer and fewer people are formally taught how to expand their knowledge and hone their critical skills as we navigate our way through cultural life.’

To review or not to review. It’s an unending quandary, with many different self-imposed protocols. Some reviewers adopt a laissez-faire attitude; others are more choosy. Should you review a book written by someone with whom you have adjudicated, collaborated, altercated, shared a publisher or agent, or whom you reviewed negatively last time she published, etc.? We know, for example, of one distinguished former literary editor who won’t review works by anyone she’s had to dinner.

The Bloomsberries weren’t so wary. Virginia Woolf and E.M. Forster, though friendly, reviewed each other with increasing menace. Advances was reminded of this when reading an essay by American critic–biographer par excellence Janet Malcolm in her new collection, Forty-One False Starts: Essays on Artists and Writers (Text Publishing). Malcolm writes about the Stephen sisters in an essay titled ‘A House of One’s Own’ (1995). Malcolm describes the kerfuffle that followed the publication of Deceived with Kindness (1985) by Angelica Garnett, Vanessa Bell’s daughter. Garnett’s memoir is a dour affair (Malcolm describes the author as ‘a rather defeated older woman’); many readers took exception to Garnett’s depiction of Vanessa Bell as masochistic and shambolic. Quentin Bell – Angelica Garnett’s half-brother and his aunt Virginia Woolf’s superlative biographer – was one of them. So upset was he about the portrait of his mother that he reviewed Deceived with Kindness in Books and Bookmen. ‘Ought a brother to review his sister’s book?’ he mused in print. He went ahead, to do ‘a little damage control’ (in Malcolm’s words).

Many of the seventeen essays in Forty-one False Starts first appeared in the New Yorker or the New York Review of Books. Subjects include J.D. Salinger, Edward Wharton and Malcolm’s vaunted editor William Shawn. Helen Garner introduces this new collection from ‘the writer who has influenced and taught me more than any other’. 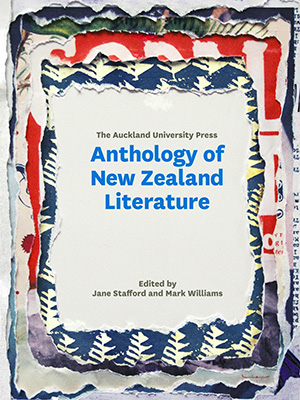 If reviews can be vexed and political, what of major national anthologies? Much is at stake artistically and ideologically when a university press commissions senior academics or writers to compile a tome that includes fiction, poetry, drama, diaries, letters, and historical documents. Few published writers appreciate being omitted from these important anthologies; reviewers are even quicker to point out perceived oversights or favouritism.

The Auckland University Press Anthology of New Zealand Literature, edited by Jane Stafford and Mark Williams, has not escaped such controversy. Brian Matthews, who reviews it for us in this issue, mentions two of the more notable absences: Vincent O’Sullivan and Janet Frame. The former declined to be represented, while in a short ‘Note on Absences’ the editors state that they were ‘unable to reach agreement with the Janet Frame Literary Trust’.

Our friends at Inbooks, the distributor of the The Auckland University Press Anthology of New Zealand Literature, have given us one copy to give to the first new subscriber who specifically requests it when subscribing. The Anthology, which runs to more than 1100 pages, is admirably priced at $65.

Next month, in our Art issue, distinguished scholar and curator Helen Ennis writes at length about the second phase of Olive Cotton’s life and career – when she married Ross McInerney and moved to Spring Forest in country New South Wales. Helen Ennis is the current ABR George Hicks Foundation Fellow. Her article is the main feature in this year’s Art issue. 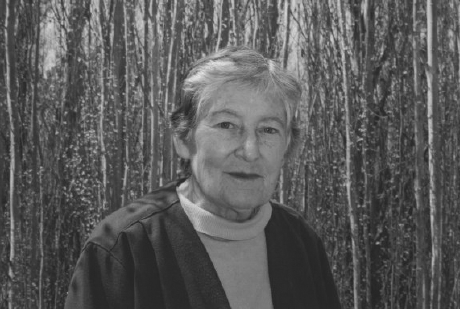 The transformation in the great modernist’s fortunes and outlook may surprise some readers and photography buffs. It is an intriguing story, sensitively told by Helen Ennis. She considers the missing years from a biographical perspective, focusing on marriage and family life, creativity, and photography.

Helen Ennis will deliver a free public lecture titled ‘Olive Cotton at Spring Forest’ in Canberra on 11 July (National Library of Australia) and on 17 August (Nationally Gallery of Victoria). Please see the Events page for a full listing of our forthcoming events.