Benjamin Britten: A Life in the Twentieth Century by Paul Kildea

It would be a pity if this well-researched and nuanced biography of the greatest English composer of the second half of the twentieth century became known for the rather sensational medical revelations contained in the last chapter. Certainly, they gave me pause before I began reading the book.

Benjamin Britten (1913–76) was the towering musical figure of my childhood. One of my most treasured possessions is a small photograph showing me at the age of twelve with other boys from my school, our music master, Alan Fluck, the handsome Peter Pears, and the shyly sympathetic Britten, who is holding a plate with a piece of sponge cake. Britten had just heard our school orchestra and choir, myself as one of three ‘picked boys’ and Pears as the tenor soloist in a performance of Britten’s cantata Saint Nicolas, written seven years previously for Pears’s public school, Lancing College in Sussex. How our music master had lured these two stars to our humble grammar school I will never know: maybe it was because Pears was born in the same town. But the warmth and sympathy shown to us schoolboys overwhelmed me, as did the music. Before the concert I knew of Britten, already the white hope of English music, and I had probably heard The Young Person’s Guide to the Orchestra and the Serenade for Strings, Voice and Horn; but to have been involved in, and met the creator of, this irresistibly immediate and moving work, now somewhat of a rarity, launched an adolescent hero-worship of the man and the music, which, nearly sixty years later, has not vanished.

For the next decade, Britten produced a series of major works. I attended some of the premières via the generosity of the Prince and Princess of Hesse, who founded a scholarship grant for a group of young people to attend the Aldeburgh Festival, then at its zenith. Tickets were free or subsidised in return for program-selling, chair-stacking, or other simple chores. I had the privilege of attending a cocktail party given by ‘Ben’ in the Red House, where I had the temerity to ask him why he allowed Sviatoslav Richter and Dietrich Fischer-Dieskau to perform Brahms, a known pet hate of his. Britten’s response was characteristic: Die Schöne Magelone was one of the few great song cycles written for a baritone, and one couldn’t allow Die Schöne Müllerin, Winterreise, or Dichterliebe to be sung in anything but their original keys (that is, by a tenor). Britten openly discussed new operatic subjects, including Anna Karenina and King Lear. He showed the same warmth and empathy that had so touched me ten years previously. By this time I was also aware of my own homosexuality and was deeply sympathetic to Britten’s own sexual nature and his left-wing pacifist tendencies. Kildea explores the latter with precision, plus Britten’s need to belong to the cultural English élite. He offers a more detailed account of Britten’s complex attitude toward homosexuality than was the case in previous biographies. 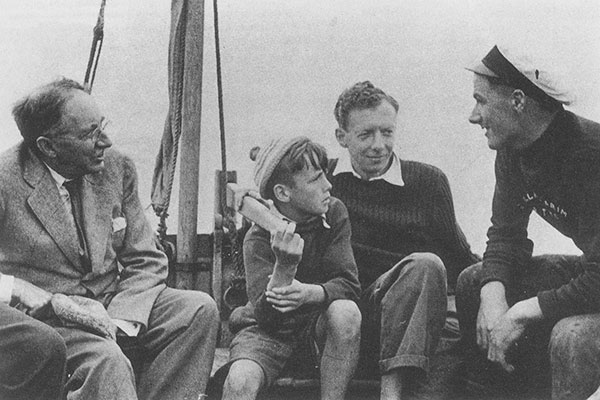 Britten’s contribution to the transformation of musical life in England after World War II is chronicled in detail. Kildea cites not only his compositional mastery but also his own exacting standards as a performer. I can bear witness to the extraordinary nature of Britten’s pianism and his unobtrusive but deeply sensitive conducting, including an unforgettable L’enfance du Christ in a wintery-cold Southwark Cathedral, a joyous Spring Symphony with the Philharmonic Orchestra and Chorus in the Festival Hall, and, strangely given little mention by Kildea, the season of Bach weekends in Long Melford Church, where the absence of gut strings, the presence, when needed, of vibrato, and a totally personal undogmatic sense of tempi created the most ‘authentic’ Bach I can remember.

The presence of Pears at all of these occasions, and what has been revealed in their published correspondence, attest to the depth of their musical and emotional relationship. The colour of Pears’s voice, his particular feeling for words, his highly personal technique (other tenors have complained that the position of the transition from chest and head voice gives rise to considerable difficulties in, say, the Pleiades monologue in Peter Grimes or the ‘Dirge’ in the Serenade): all these factors were a direct inspiration for Britten’s vocal writing. Kildea is sensitive to this. But there are strong hints of major conflicts between Pears’s independent life as a singer – with long periods away and possible fleeting liaisons – and Britten’s need for companionship and reassurance. Some of this is conjecture on Kildea’s part, but he creates a mood that undermines the more traditional view of the relationship as one of harmony and fruitfulness.

All this leads to the great shock of this book: the revelation that during the aortic valve replacement surgery that ultimately led to Britten’s early death in 1976, tertiary syphilis was discovered as the underlying cause of cardiac insufficiency, syphilis that Kildea presumes to have been transmitted by Pears, though he displayed no symptoms of the disease as far as we know. That Britten had had a severe bout of sub-acute bacterial endocarditis at the end of the 1960s is not in dispute, but it is strange that no evidence of the syphilis surfaced during the tests undertaken at that time: we have only the word of the surgeon to give us the diagnosis. On one level, the discussion is academic, as the complications of replacement surgery could easily have followed without the ‘adrenal spirochaete’. But Kildea seems to put in doubt the image of Pears, and throws a shadow over one of the great partnerships in European arts. As an ex-medical practitioner, I would like to see some more concrete evidence. Here I note that Britten’s cardiologist, Michael Petch, in a letter to Opera magazine (April 2013), has disputed the claim and stated that ‘Britten’s heart problem was degenerative, not syphilitic’.

This episode leaves a slightly bitter aftertaste, but it should not deter one from enjoying and respecting Kildea’s detailed and refreshing assessment of Britten’s output, including much-needed reappraisals of the Spring Symphony, Cantata academica, Children’s Crusade, the late song cycles, and Owen Wingrave, which I now feel compelled to re-examine: I worked on it as répétiteur when Covent Garden performed it in the early 1970s and found it difficult to like as much as the previous operas. The other important revaluation is that of Gloriana, which is finally being accorded the same importance as Peter Grimes and Billy Budd: the initial impulse behind its inception and the subsequent effects of its failure are treated most sympathetically.

As a listener, I was aware of a change in Britten’s style during the late 1960s and attributed this to his encroaching illness – the music losing its drive, becoming static and austere, less ‘spontaneous’. Kildea regards this as a process of deliberate change. He sees in the last works a re-blossoming, a return to the rich early palette, notably in Death in Venice and Phaedra, a work which belies its apparent economy of means and succeeds in creating a sensuous world worthy of the greatest vocal output. Indeed, this is one of the achievements of the book: Kildea makes us realise that Britten’s creative mind did not succumb to the debilitating physical illness that so distressed him. Kilda describes the music in terms both precise in technical details and totally accessible to non-musicians.

Britten’s life covered the transition from empire to postwar austerity and restructuring. Kildea conveys the non-musical context with an admirable lack of bias. At times one is frustrated by the lack of photographs of telling details in the text (Kennett Green’s double portrait is one example). Similarly helpful would have been a chronological list of Britten’s works and a complete discography, not only as a performer of his works but also as conductor, piano soloist, and accompanist.

Welcome as this year’s centenary celebrations are, more welcome is the fact that the four decades since his death have seen no decrease in performances of his works – quite the contrary. Kildea’s advocacy of some neglected works might lead to the rediscovery of yet more of the repertoire of this great artist, who wrote music with meaning for us all, whose language was always accessible, and for whom art had a central part to play in society, which this eminently readable book shows so admirably.

Jeffrey Tate has conducted in most of the world's great opera houses since the 1970s. He is a former principal conductor of the Royal Opera House, the English Chamber Orchestra, and the Rotterdam Philharmonic Orchestra. His Australian performances have included Wagner’s Ring (1998) and Parsifal (2001) in Adelaide. Before turning to opera, Jeffrey Tate studied medicine at Cambridge University. 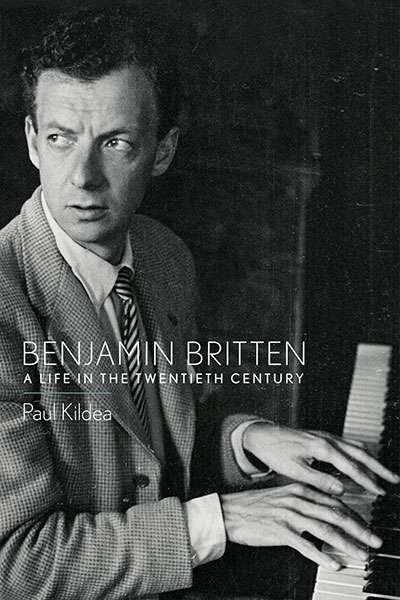 Benjamin Britten: A Life in the Twentieth Century