In Overland back in 2006, Ken Gelder singled out Michelle de Kretser’s first novel, The Rose Grower (1999), as evidence of a contemporary Australian literature in crisis. Its foreign and historical setting, horticultural fetish, focus on private manners and primped prose, he argued, flaunted a rarefied and élitist aesthetics that wanted nothing to do with the ‘political realities’ of ‘ordinary life’. With Questions of Travel, it is as if de Kretser is responding to this charge. This is a novel whose ambitions, which are considerable, are driven by a desire to engage with, not retreat from, both the wider world and the common reader. What we have here is a quite different type of Australian literary novel from the one that Gelder identified, though one that seems to be gaining ascendancy – one that is less arch, more cosmopolitan, and more seriously engaged with the larger events and problems of our times.

Questions of Travel is premised on the idea that a decade or so ago the nature of travel changed. To explore this idea de Kretser sets in motion two protagonists from distant parts of the world. Laura Fraser’s travels are voluntary, cultural, meandering: a seeking after adventure. They are fuelled by the ‘glamour’ of the souvenirs in her Aunt Hester’s sky-blue suitcase: a program from Le Lac des Cygnes at the Paris Opéra, a sea-green gold-flecked bead from Venice. London is Laura’s ultimate destination, and there she recognises its bridges from sonnets and trees from novels: ‘This is what it meant to be Australian: you came to London for the first time and discovered what you already knew.’ It is little wonder that Laura’s childhood resembles Christina Stead’s, that she wants to visit the town of Saint-Jean-de-Luz where Patrick White wrote Happy Valley, that she finds herself in Naples like Shirley Hazzard. Laura’s trip might feel self-directed, but it is in fact the well-trodden one of antipodean literary expatriatism.

By contrast, Ravi Mendis’s story runs along the rails of what has become the other dominant Australian travel narrative – immigration. It is involuntary, politically exigent, and a means to an end: freedom. Although Ravi, as a child, surreptitiously traced journeys with his finger in his younger sister Priya’s Jacaranda School Atlas, and although the possibility of work or study abroad appeals to him as an adult, travel is not something on his wife Malini’s radar. Her mantra is ‘I RESOLVE NOT TO LIVE MY LIFE IN VAIN’.For her that means fighting against human rights violations in their native Sri Lanka: ‘Bodies are always local,’ she insists. De Kretser’s previous two novels, The Hamilton Case (2003) and The Lost Dog (2007), are constructed as puzzles, verging on the too clever by half. By alternating Laura and Ravi’s narratives, Questions of Travel affords the reader the straightforward and old-fashioned, and arguably more satisfying, pleasure of simply wondering what will happen next. Will Laura return to Australia? Will Ravi leave Sri Lanka? And will Laura and Ravi ever meet?

The novel’s title is taken from a poem by Elizabeth Bishop that tests the truism that travel is a good thing, that we are the better for it. De Kretser is keen to examine this idea. Over the course of the novel, Laura travels often and widely – Indonesia, India, Europe, America – but one could hardly say she blossoms or grows wiser; this is no novel of self-development. Likewise, Ravi’s story contests the whole notion of travel as escape. De Kretser, like Bishop, is inclined to think our shuttlings rather futile, although the trouble she takes in detailing her characters’ impressions of the places they visit suggests that there might be purpose found this way. Many more smart things are said about travel and the travel experience, ranging from the particular-observational to the abstract-philosophical. There are passages on the tedium of waiting, the standardisation of intrepid travel by guidebooks, and the way sightseeing suspends chronological time. De Kretser has always been a talented satirist of the Horatian persuasion – recall the benign ribbing the literary academic Tom Loxley endures in The Lost Dog – and this time around her target is the travel industry. In a former life, de Kretser worked as an editor at Lonely Planet, and it is impossible not to see Laura’s employer, Ramsay Publications, as its fictional cognate. Front and centre is the irony of a company selling the dream of independent low-cost travel when its head honcho routinely indulges himself at luxury resorts and its employees sit ‘before big, bright screens’ with only ‘a mouse mat from the Guggenheim’ to verify ‘a casual familiarity with the planet’.

Which brings us to the really intrepid aspect of Questions of Travel: its treatment of the Internet. It is the contemporary writer’s greatest challenge: how can the fact that the average person spends nearly an hour a day on the Web – and many more staring at screens – be made to fit, and work, inside a fiction? Many authors would have us believe that the Internet is the enemy of fiction: they jam their ethernet ports so they themselves can’t wilf (surf the Web) while they write, and what they go on to write contains no depictions of characters wilfing. De Kretser, however, is curious and brave enough to explore this undiscovered territory. Much of her novel is set in the 1990s and early 2000s, in the years when the word ‘yahoo’ transitioned from being an exclamation of delight to signifying a search engine. Part of what de Kretser wants to do is to make the Internet more comprehensible by applying the metaphor of travel to it, but she also wants to show us how it permits a new kind of travel. According to Brother Ignatius, one of Ravi’s teachers at high school, ‘History is only a byproduct of geography.’ What de Kretser is testing in Questions of Travel is whether this proposition holds. Early in the novel, Ravi is inclined to think it no longer does:

He felt the insufficiency of words as he guided Malini through portals … trying to demonstrate this disembodied travel. Webcams showed them a fishtank in San Francisco; in a basement in Cambridge, coffee dripped into a pot. The world had shrunk, said Ravi, and at the same time it was vast and unconstrained … He declared, ‘The internet will free people from this.’  The sweep of his hand took in damp-stained walls, the large brutality of politics, the petty humiliations of making do.

Before Questions of Travel, de Kretser might have been categorised principally as a stylist, and in the new novel there is the same delight in selecting and arranging words with great finesse. We see it in her choice of verbs (the exchange rate ‘sentenced’ Laura to live in Bermondsey) and adjectives (boats on the hard are described as ‘thirsty’). Now and then there is a trill of affectation that shows we are in the world of rarefied literary fiction. For example, there is a tendency to indulge in needless periphrasis: a boy is described as having ‘hair that matched the sand and eyes the colour of the sea … [and] long-muscled limbs covered with golden hairs where netted light quivered’ before de Kretser says what she means with the word, ‘Swede’. Then there are the archaisms: did anybody in the 1990s, even a nostalgic fellow like Laura’s London friend Hugo, talk like this? ‘I’ve never eaten such pears as came from that tree. Perhaps there aren’t any left in the world. Solid, narrow. A sculpted look.’ But in the main de Kretser’s more poetic language serves the book’s larger themes, and doesn’t just signal that what we are reading is literary fiction. For example, the sentence, ‘Hefty eucalypts filled tiny yards: broccoli jammed into bud vases’ works not because the image is striking but because it stresses the incongruity, even discourtesy, of inflicting modernity’s idea of private property on this land. Likewise, the description of the horizon Ravi sees from his beachside ancestral home as ‘steely and thin as a wire – the kind that garrottes’ augurs the dangers he will face in trying to leave Sri Lanka.

This is a cosmopolitan novel that cares enough to say big things, grounds them in important historical moments, and takes pains to say it all well. 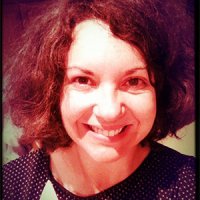 Melinda Harvey is Lecturer in English at Monash University. She has been a book critic for nearly twenty years, with reviews and commentary appearing in major Australian newspapers and magazines including Australian Book Review, The Australian, The Age, and the Sydney Review of Books. She was a finalist in the 2020 Pascall Prize for Arts Criticism. 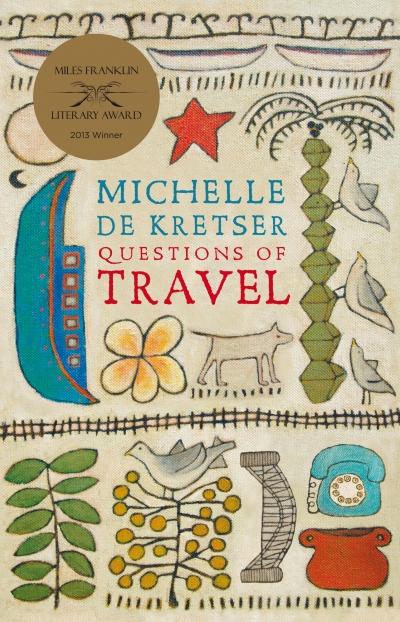